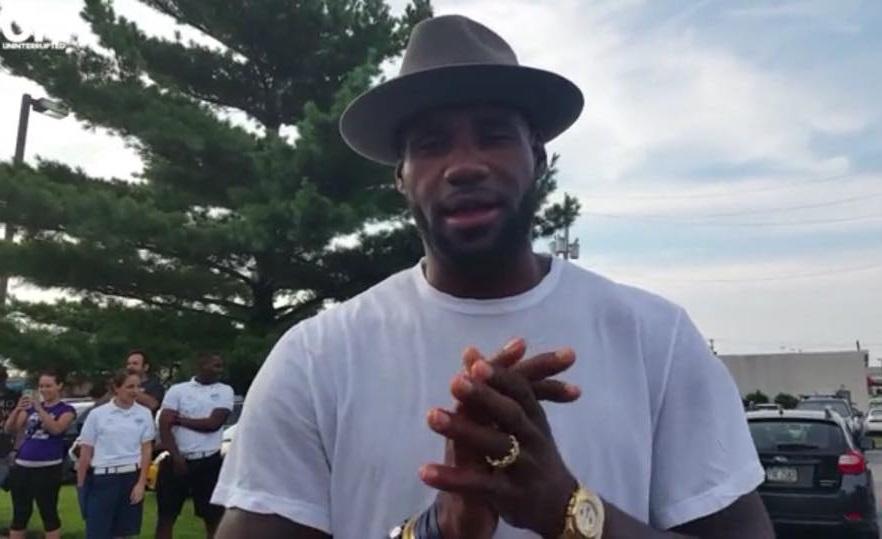 LeBron James has been pretty quiet since his exit interviews with the Cavs last month. Other than reports of him waiting for the Cavs to finish their offseason moves, James was relatively quiet to start this offseason.

On July 11, 2014, LeBron gave his hometown something to be excited about when he announced his return to the Cavs. 364 days later, James gave another reason for his fans to be excited as he brought the red-carpet premiere of his movie “Trainwreck” to the Regal Montrose Stadium 12 in Akron, Ohio. The stars followed suit as Judd Apatow, Bill Hader, and Amy Schumer also graced the event.

Bleacher Report’s Uninterrupted gave fans a chance to see what goes on in the locker room as well as off the court throughout the NBA Playoffs and through the draft. Uninterrupted continued with LeBron, giving fans an inside look into LeBron’s thoughts and excitement about the upcoming season:

“I just wanna give to my fans and let them know how truly excited I am to be back being a Cavs, being part of the Cavs franchise again.

“Cavs Nation. All in. I’m back and we’re gonna have a lot of fun this fall going into the springtime.”

James’ message was short and sweet but it was enough to get us all pumped up.

Watch the full video below: