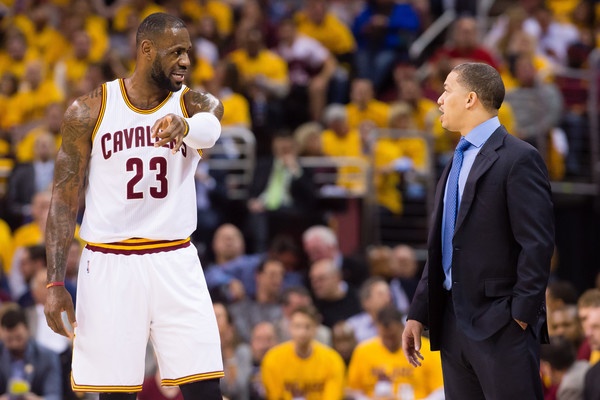 On Saturday night, the Cleveland Cavaliers faced an incredibly tough task. After beating the Orlando Magic on the road on Friday, Cleveland faced the Western Conference powerhouse, Houston Rockets, in another hostile environment.

The Cavaliers started the game out great, leading at the half behind a 16-point performance from Richard Jefferson. The Rockets came out blazing hot, and behind James Harden‘s 38-point triple-double, the Cavaliers would be outscored 59-45 in the half to eventually lose, 117-112.

Following the game, Cavaliers head coach, Tyronn Lue, attributed a part of the loss to the fatigue suffered by the team’s stars late in the game.

” We competed, we played hard, fought down the stretch, but we got tired. You know, LeBron got tired, Kyrie got tired, what we took advantage of in the first half, we weren’t abe to get those going downhill because we got tired.”

LeBron James, a man of words in this instance, appeared to disagree amongst his clear disappointment following the loss.

“No. Not a matter of fatigue, we played a good game.”

James himself certainly did play a great game. Playing 40 minutes on back-to-back nights, the King produced 30 points to go along with five dimes and seven boards.