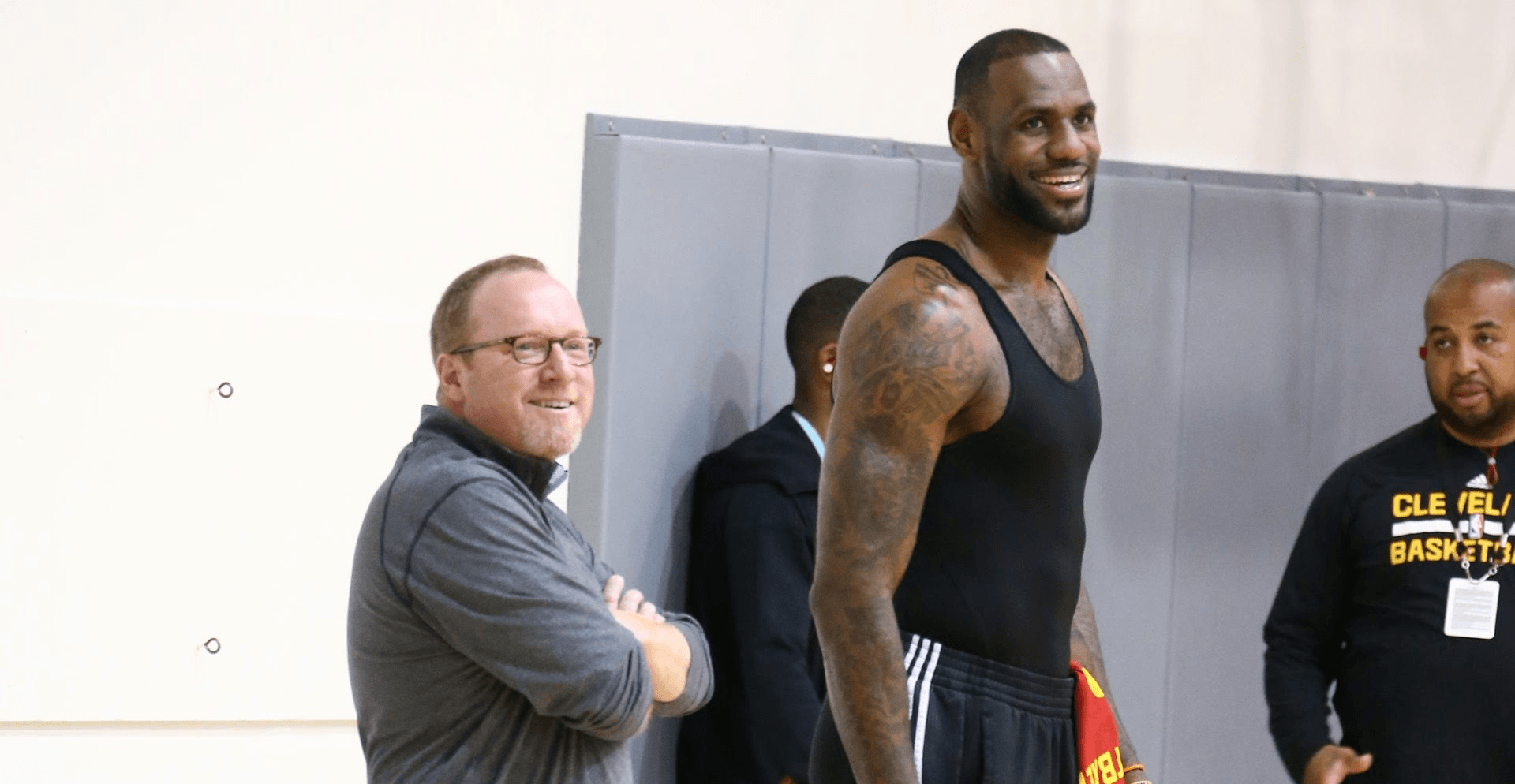 Some fans of the team may not know it, but after failing to reach an agreement on an extension last offseason, Cleveland Cavaliers General Manager David Griffin is in the final year of his contract.

Griffin has played a large role in numerous pivotal team decisions throughout his tenure with the Cavs, including the signing of LeBron James and a trade for Kevin Love. He is also the man Cavaliers fans can thank for dishing out more dough than a Pillsbury factory.

Before the start of this season, Tristan Thompson, J.R. Smith, Iman Shumpert, and Richard Jefferson were all awarded multi-year deals worth more than $395 million. Cavs head coach Tyronn Lue was inked to a five-year, $35 million dollar contract extension last summer.

There will certainly be more deals on the horizon, but Griffin, a man who has spent the majority of his life working in the NBA, has yet to be given a contract extension. When this fact came to the attention of one LeBron James, he was less than pleased.

“It makes no sense why he shouldn’t get an extension,” James said. “He’s pulled every move — he’s tried to make every move happen — to better this team to be able to compete for a championship. So we wouldn’t be in this position, obviously, without him and without the guys that are here — from the coaching staff to the players to Griff. He’s been a big piece of it.”

“He went out, we needed some interior help, he went out and got Timo (Timofey Mozgov),” James continued as he recalled some of Griffin’s previous moves. “We needed some perimeter defense, some perimeter shooting, he made a trade to be able to get Swish (J.R. Smith) and Shump (Shumpert). And that was the start of it. We needed more interior depth, he got Perk (Kendrick Perkins). We got guys. We brought guys in. We needed some more athletic wings, he made a move, I don’t know how he finagled it to get RJ (Jefferson) here. And so on and so on…”

“I mean, all the guys that are here. We wanted a stretch-4 to help Kev out, we make a trade to get Channing (Frye), James continued. “I mean, I can name all the pieces that he’s been able to (acquire).”

Coach Lue basically echoed James’ sentiments with regards to Griffin. The second-year helmsman says his GM has done a “hell of a job.”

“Griff’s done a hell of a job,” Lue told ESPN. “To acquire D-Will 2 (Derrick Williams), D-Will 1 (Deron Williams), (Kyle) Korver and (Andrew) Bogut without having any money, that’s an amazing job. Griff’s done a tremendous job. Every time someone goes down. Even last year, the year before when Timo and J.R. and those guys came in, he just always seems to work his magic when we need it and he’s done a great job. Now it’s my job to make sure I put everybody in the best possible way to be successful.” 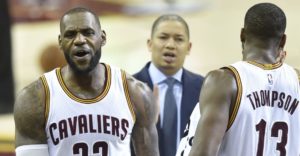