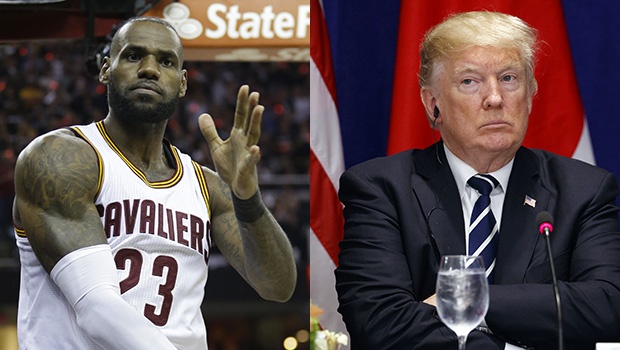 Cleveland Cavaliers’ superstar LeBron James broke Twitter on Saturday. Known for his high flying dunks, dazzling assists and overall basketball excellence, the King was making waves on social media as he took a break from his off season workouts to voice his disdain for United States President Donald Trump.

James’ tweet was fueled by Trump un-inviting Golden State Warriors Steph Curry and the organization to the White House, after Curry publicly claimed he would vote no to visiting and had no interest in being in the presence of America’s new leader despite winning the NBA championship last season. Curry, along with James are one of countless sports athletes both in America and beyond who are not fans of Trump, his ideals, or what he is trying to implement.

James has always used his platform as a vehicle for change, and he understands the importance of what speaking out on social issues can do for the entire country. The four-time MVP held nothing back, as he went in to support Curry wholeheartedly.

As you can imagine, the tweet went viral in the matter of seconds, and by early Sunday morning, it had 1.25 million likes. That had already placed the tweet number 15 all-time with it continuing to rise rapidly. It quickly became the most liked tweet by an athlete in the history of social media.

This illustrates the influence of James, who spoke to the thoughts of millions in a single tweet. The three-time champion then took to “UNNINTERUPTED” to elaborate on his message.

As you can see, James is not a fan of Trump using the sporting world to divide individuals.

It seems like there are millions that agree with the best player in the world, and it’s almost certain this isn’t the last time we will hear from the small forward about the need for positive change within America.

As of right now, James’ tweet is on pace to finish in the top 10 most liked tweets of all-time by the weekend. 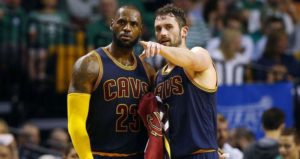