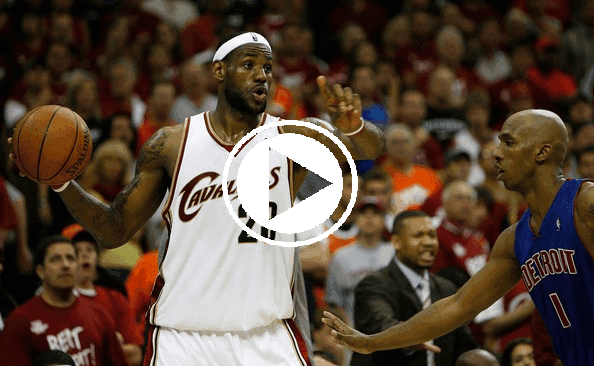 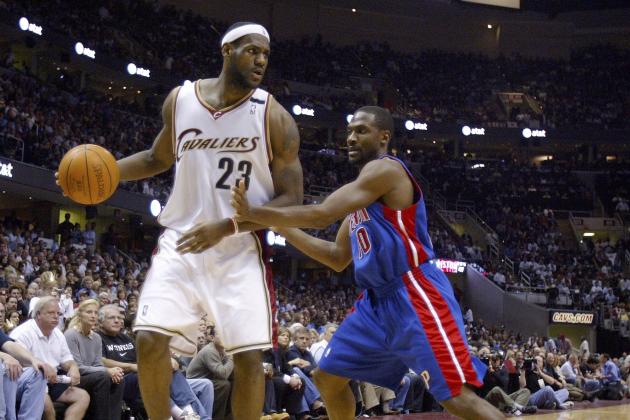 LeBron James` path to greatness has been decorated with a number of conquests that enabled him to get to the next level. Before the San Antonio Spurs and the Boston Celtics, James` tormentor had been the modern day “Bad Boys” in the Detroit Pistons. The Pistons somehow foung themselves in the way of emerging generational superstars in the East, from the original Bad Boys who brought it to Michael Jordan to the modern day Bad Boys who had LeBron`s number early on.

With LeBron going back to play the Pistons in Detroit, take a look at a countdown of The King`s 10 finest Motown hits.

LeBron James scored 43 points on a blistering 15 of 22 shooting from the field as he helped the Cleveland Cavaliers up the defending champion Detroit Pistons, 92-76. This was a career high for LeBron during that time and is currently his second highest scoring game against the Pistons. The Cleveland Cavaliers were steamrolling throughout the league and they happen to match up against a struggling Detroit Pistons team on a night LeBron James was feeling trippy. Cleveland won this game to the tune of 113 to 101 and James scored a big triple double, 28th of his career, by pouring in 29 points, grabbing 12 boards, and also dishing 12 dimes against a hapless Piston defense. 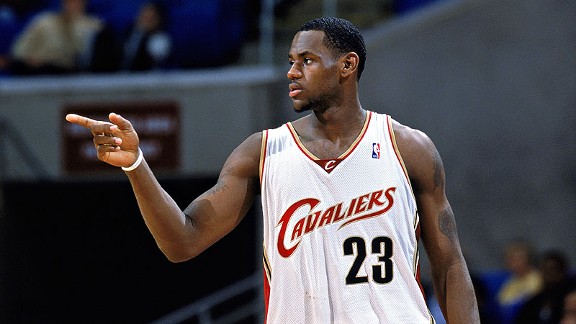 The first game is always special. Even though it was a preseason game, LeBron James first game in the NBA was a Cavalier over the Detroit Pistons. At just 18 years of age, James scored 11 points on 4-12 shooting to go with three rebounds and seven assists in limited minutes. From a young age, you could just tell this kid was going to be something special. LeBron James and the Cleveland Cavaliers opened the 2009 Playoffs against the Detroit Pistons and The King displayed one of his most efficient all around games in the postseason. LeBron was simply dominant as he lighted up the stat sheet with 38 points, 8 rebounds, and seven assists on a torrid 13 of 20 shooting from the field without turning the ball over. James brought out a treat to fans as he dazzled with an array of mesmerizing play highlighted by a half court heave at the buzzer to end the first half. 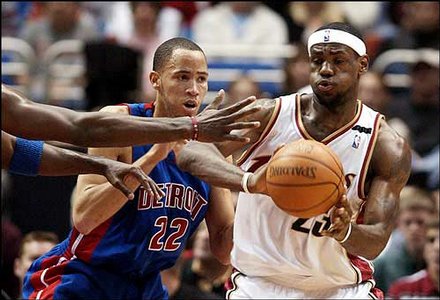 The Cleveland Cavaliers, down 2-0 against the Detroit Pistons in the 2007 East Conference Finals, went home to The Q with questions on how to stay alive. Luckily for them, LeBron James had the answer. James had 20 points through three quarters as he tried to figure out the Pistons defense, but he definitely came up big in the fourth where he scored 12 of his 32 points, including a highlight reel dunk over Rasheed Wallace that ignited the Cavalier crowd. James finished with 32 points, nine rebounds, and nine assists in the Game 3 victory.

LeBron James became the Cleveland Cavaliers’ franchise leader in minutes played in their game against the Detroit Pistons, surpassing Zydrunas Ilgauskas. Along with the milestone, James delivered a beastly line of 40 points, 13 rebounds, six assists, three steals, and two blocks. He led the Cavalier comeback from a 21-point halftime deficit to eventually come up with the victory, 99-92.

LeBron James simply got fed up on seeing the Detroit Pistons in April, hence, a dominating performance to finally sweep his former tormentors. The Cavaliers took care of business at The Palace, 99-78, led by James who flexed his muscles en route to a 36-point, 13-rebound, and eight-assist line. This was the last playoff sighting of the Pistons for LeBron to this day.

The Cleveland Cavaliers were up against the Detroit Pistons in Game 5 of the 2006 Eastern Conference Semifinals in a game where the young Cavaliers pulled off an improbable third straight win against the powerhouse Pistons. LeBron James, as usual, stuffed the stat sheet but most importantly, he made the timely dish underneath to Drew Gooden for the game winning bucket.

LeBron James put out an all around performance despite his poor shooting as he had 20 points, 14 rebounds, and eight assists in Cleveland`s 98-82 beatdown of Detroit. This was one of the biggest wins in franchise history as it catapulted the Cavs to a first ever NBA Finals appearance. For James, the victory also served as a final dagger to the Pistons` reign over him.

LeBron James scored 48 points, grabbed nine boards, and dished out seven assists in Game 5 of the 2007 Eastern Conference Finals against the Detroit Piston. He led his team to a 109-107 road victory that featured one of his greatest playoff performances. He was simply unconscious towards the end as he scored the Cavs` final 25 points (29 of the last 30) which included a game winning jacknife drive to the basket.