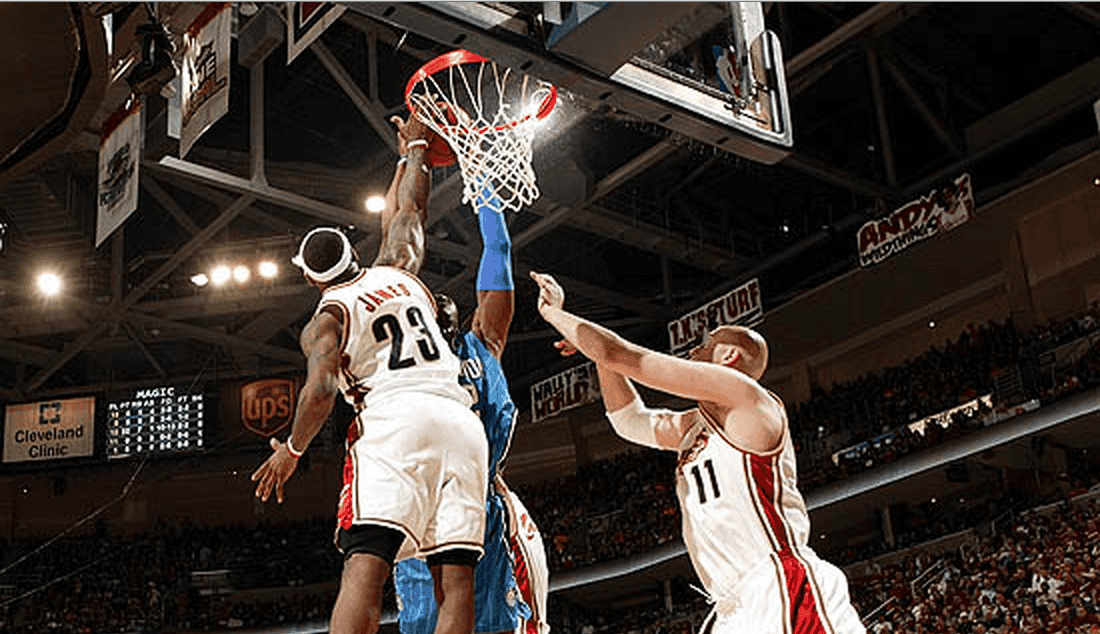 Over his incredible 12 year career, LeBron James has had a countless number of Sports Center-caliber highlights. Whether it’s his breakaway dunks, spectacular steals, beautiful assists, or the impressive blocks, James. In this segment, we’ll be counting down the top 10 greatest blocks of LeBron James’ career, both with Cleveland and Miami. We start with number 10 on the next page, enjoy!

In Game 3 of the Eastern Conference Finals, George Hill and Paul George were on the fast break with one man back for Miami, LeBron James. Hill had the ball in the middle lane with George on the wing and elected to try and score himself. James read the play and blocked Hill’s layup attempt cleanly and Miami controlled the rebound. 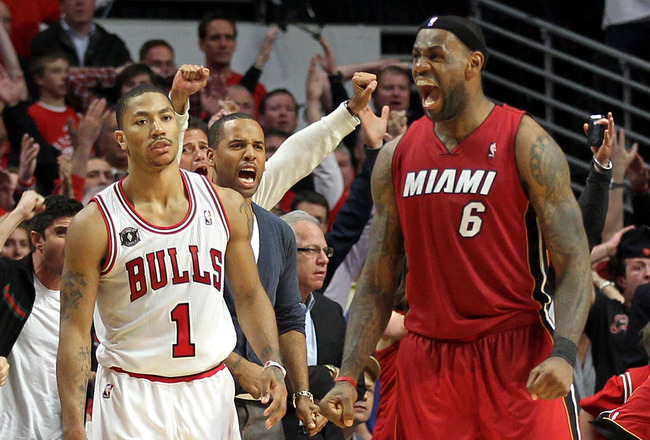 #9 If Health Insurance Covers Derrick Rose, so can LeBron.

With the Heat up 3-1 in the Eastern Conference Finals and also up 83-80 in Game 5 against the Bulls with 4.9 seconds left, Derrick Rose got the ball at the top of the key and drove towards the corner/wing area to pull up for a 3-pointer. Rose pumped faked once before taking an the 3-pointer, which allowed James to come over from defending Taj Gibson and block the shot, sealing the game and the Heat’s trip to the NBA Finals.

#8 Height is Irrelevant to a King

Rockets Center Yao Ming made a move to the basket in the low post while being defended by Anderson Varejao. Turning baseline for a hook shot, James came from the weak side and pinned Yao Ming’s shot on the backboard before it bounced out of bounds. 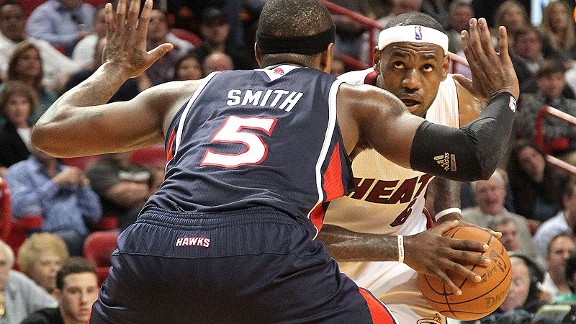 Josh Smith of the Atlanta Hawks drove baseline on J.J. Hickson and tried to go over him to lay the ball up right at the rim. James came from the free throw elbow to pin the layup on the backboard with Anderson Varejao controlling the rebound.

With Cleveland up 98-96 at home against the Oklahoma City Thunder, OKC had 8.7 seconds on the clock to try and tie or win the game on an and-1 or a three pointer. Kevin Durant, defended by James, caught the ball at the top of the key and dribbled towards the right wing, before changing direction and drove to the basket with his left hand. Durant took his 2 steps and put up a fade-away floater that seemed to be in line with the basket. Just before that basketball gets to the peak of its arc, James skies into the air and blocks the shot with his fingertips, keeping it in play with the Cavaliers securing the rebound. That Cavs would knock down the free throws to seal the victory on an excellent defensive effort by James.

Kevin Durant knows LeBron James all too well, and when he can’t beat him, he joins him:

Cleveland held a 99-94 lead of the Portland Trailblazers with 30.4 seconds on the block when Brandon Roy got the ball at the top of the key defended by Anthony Parker. Roy drove right and took Anthony Parker head-on to the basket before floating a shot about 6 feet from the rim. James, who was matched up with LaMarcus Aldridge, came from the weak side and blocked Roy’s shot just before its peak right into the baseline stands near the bench. 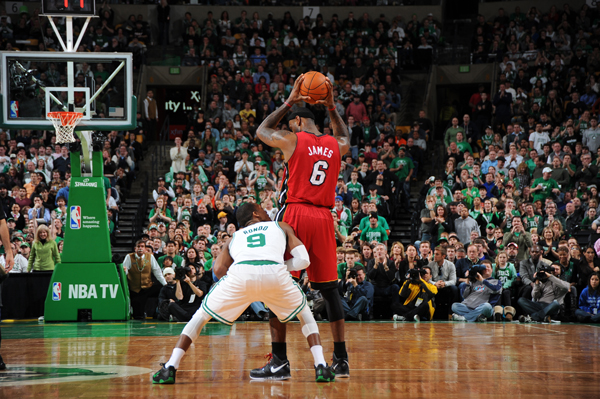 While there are probably too many bad memories involving Boston and Rajon Rondo, there are also plenty of satisfying moments James has had against the Celtic’s former leading passer. Enjoy:

Time for the best of the best. Continue to #3 on the next page!

With the Heat down 10 to start the 4th quarter of an elimination NBA Finals Game 6, LeBron James led the Heat back into the game with 2 big plays to put Miami in a position to win. After losing his headband when getting hit in the head on a put-back dunk, Tim Duncan seemed to find himself open for a dunk right under the basket, but James came from the weak side as he has so many times before and swatted the ball just as it left Duncan’s hand. Mike Miller grabbed the rebound, and LeBron scored a layup on the other end to tie the game at 82 apiece.

#2 Too Fancy for King James.

Cleveland was up 97-95 in the 4th quarter in Phoenix when LeBron James missed a corner 3-pointer and bounced towards the top of the key. Jason Richardson broke ahead of the pack and got the lead pass for an uncontested dunk. Instead of going straight up with it, Richardson decides to put on a little show and attempts a full 360 degree spin before dunking. The gather of the dunk allowed James to sprint back and send Richardson’s attempt off the backboard with a Cavalier there to rebound. Cleveland ran back down and Sasha Pavlovic knocked down a corner three-pointer to give the Cavs a 5-point lead.

Continue to the next page to #witness LeBron’s greatest block of all-time!

With the Heat in the midst of a 17-2 dominating run that blew the game open, Tony Parker held the ball and awaited a screen from Center Tiago Splitter. Splitter slipped the screen and cut to the basket where Parker found him open for an inside attempt. In an effort to not get his shot blocked, Splitter goes up to dunk the ball over the defending James, who times and places his block to perfection, sending Splitter back down empty-handed. On the other end, James raced back into a pick and roll where he found Ray Allen open for a knock down 3-pointer. The 17-2 run would extend all the way to 25-2. The Heat won the game and eventually their second consecutive championship.