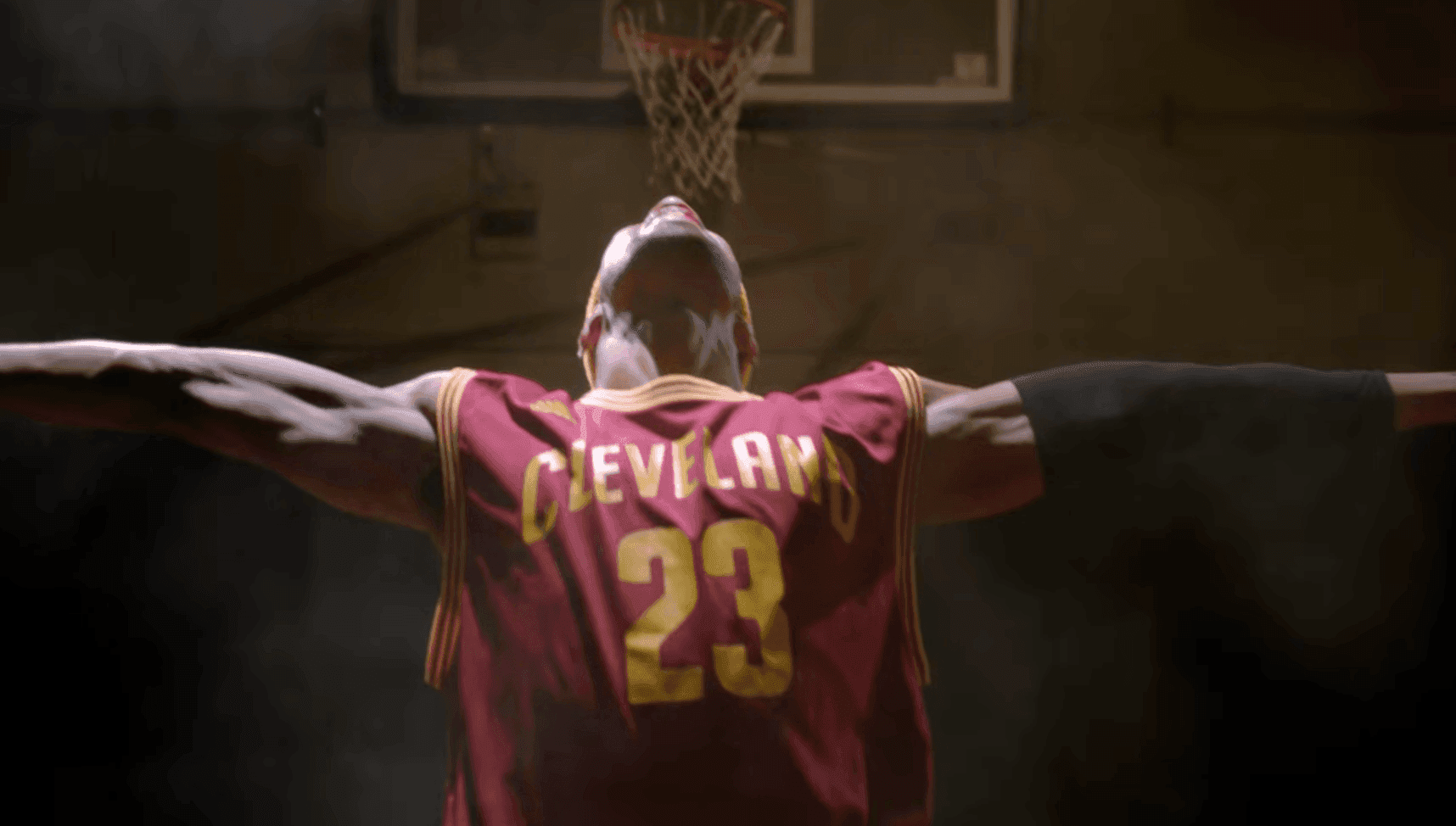 It’s hard to not have heard of Broadway’s hottest new musical “Hamilton”.  The Hip Hop based musical about the life of Founding Father Alexander Hamilton ranks among the likes of “The Book of Mormon”, “Spamalot”, and “Cats” as theatrical performances that broke into the mainstream.  If you want tickets it might take a while, “Hamilton” is sold out until minimum August of 2017.

In the meantime, theatrical troop “Dose” has a tide-me-over; LeBron: The Musical.

The piece opens with a Steph Curry lookalike lamenting the impossible nature of stopping LeBron James, and then summarizes his entire career in one sentence:

“How do you block him, stop him, run out the clock on this Sportsmen, four time MVP, with more time on the court as a freshmen the best of them get celebrated, then hated, then back home fully decorated.”

The piece is driven by actors playing Michael Jordan, Chris Bosh, Dwayne Wade, and Kyrie Irving narrating LeBron James’ basketball career until right around “The Decision” where an actor portraying James himself takes over the lead role.

Dose is very in tune with the NBA world, having subtle notes such as Curry throwing his mouth guard, or mocking the infamous letter Dan Gilbert wrote after “The Decision”. We at Cavs Nation are big fans of this recreation. Check out the source material, Lin-Manuel Miranda’s Hamiltonhere.