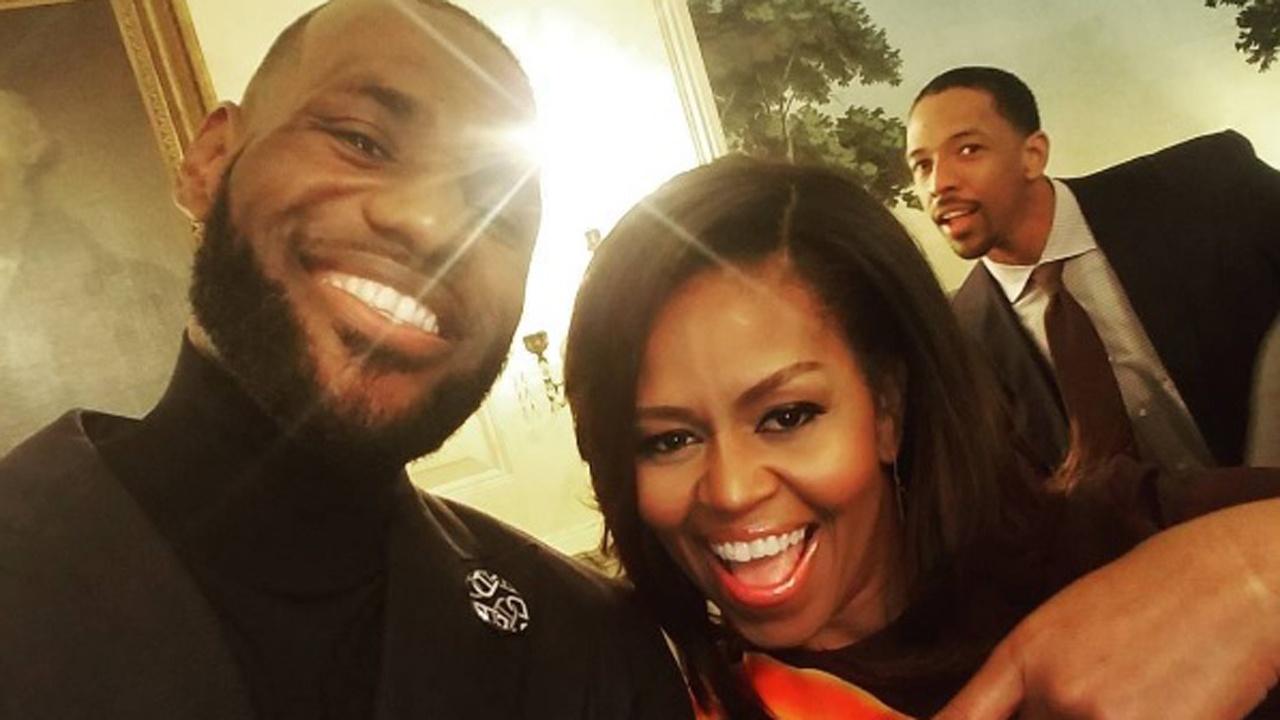 The Cavs made Cleveland’s latest road trip to the Washington Wizards an efficient one. LeBron James made it an eventful one.

With the reigning 2016 NBA Champions enjoying what may be the final White House victory visit, James teamed up with a couple civil servants to bring some cheer in a city suffering at the focal point of a national rift. With a greeting, donation and a promise, James and his friends in the Oval paid their deepest respects to America’s heroes.

From the @Cavs and the First Lady – thank you. #VeteransDaypic.twitter.com/NsF3kB63Ll

LeBron gave pairs of his Veteran's Day shoes to veterans at the game tonight pic.twitter.com/XGKnDwh3MS

Secondly, the kicks and ticks on James’ part was yet another tremendous gesture from one of the more charitable, global athletes. He proceeded to wear the same veteran editions in the Cavs’ matchup against the Wizards, which took a fourth quarter rally to earn the defending champs their seventh win of the season.