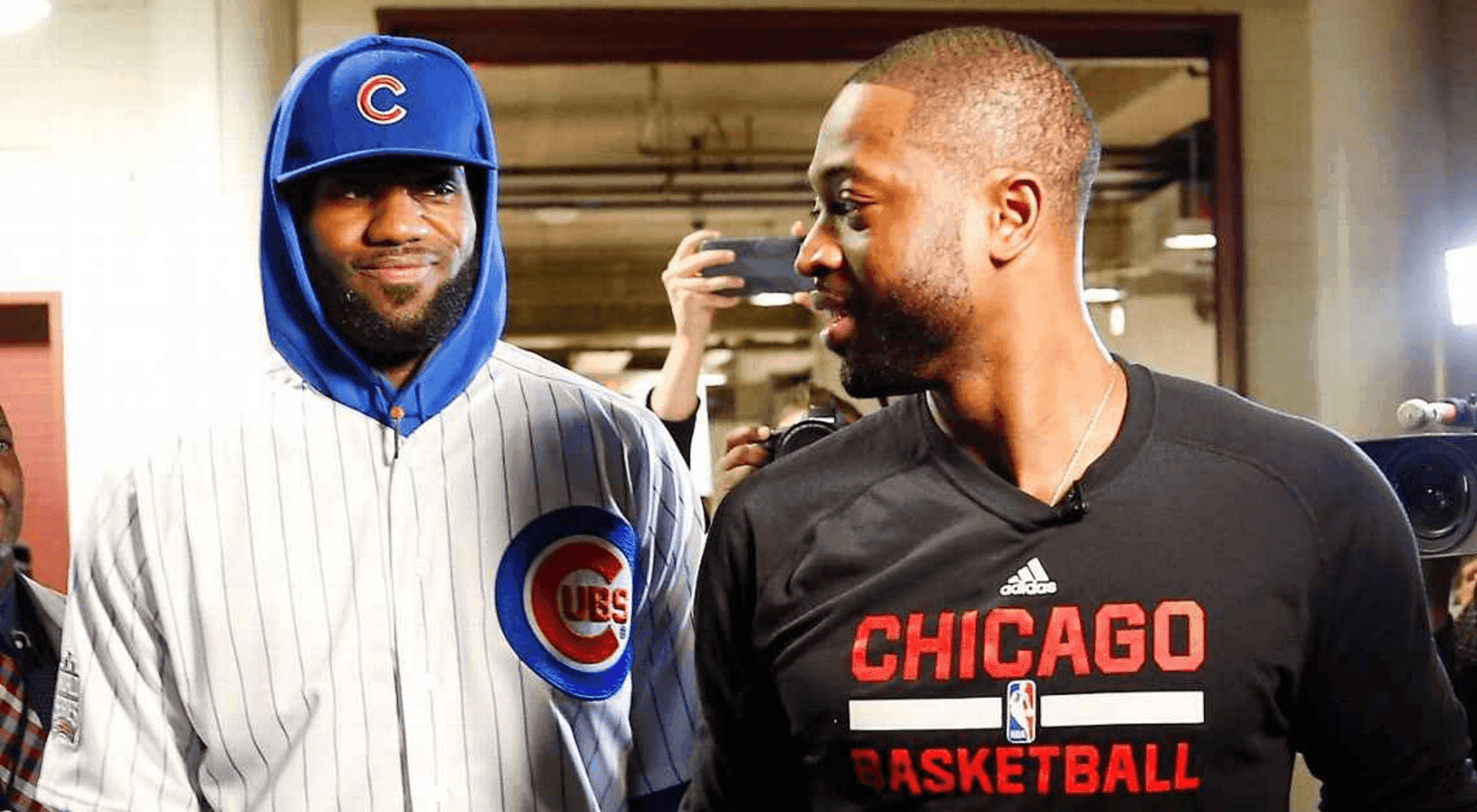 Sometimes we all back the wrong horse. While the Cleveland Indian’s did make a valiant effort in the 2016 World Series, The Chicago Cubs were the ultimate winners, and now some have to pay the price.

LeBron James and his good friend Dwyane Wade made a friendly wager before the series started. Dwyane Wade, a Chicago native and in his first season with the Chicago Bulls, bet James that if Chicago were to win the World Series, James would have to wear a Cubs uniform for his first game in Chicago. The day has come and now James has to pay up. That being said, James seemed to be a good sport about the whole thing after Thursday morning’s shootaround.

“I’m not wearing cleats…I got a basketball game to play. No glove. Just the uniform. I will be in uniform.”

“It’s a bet,” James said. “You have to fulfill your bet. Nothing more to it.”

This won’t be the first time James will rep a non-Cleveland sports team’s jersey. Beyond the obvious four years he spend in Miami, James is a notable New York Yankee’s and Dallas Cowboy’s fan.

In his interview, James expressed that as a bet this is a small thing for him, but for Wade, representing Chicago means much more. Just as James returned to Cleveland in 2014, Wade has returned to the place where he grew up this past season. James elaborated:

“It’s going to be pretty cool, not only just because he’s in a different uniform but just him being back home and understanding what his journey is right now,” James said. “I think it’s more than just basketball for himself, being back home in Chicago.”

Here’s what James had to say after the game, despite the loss.