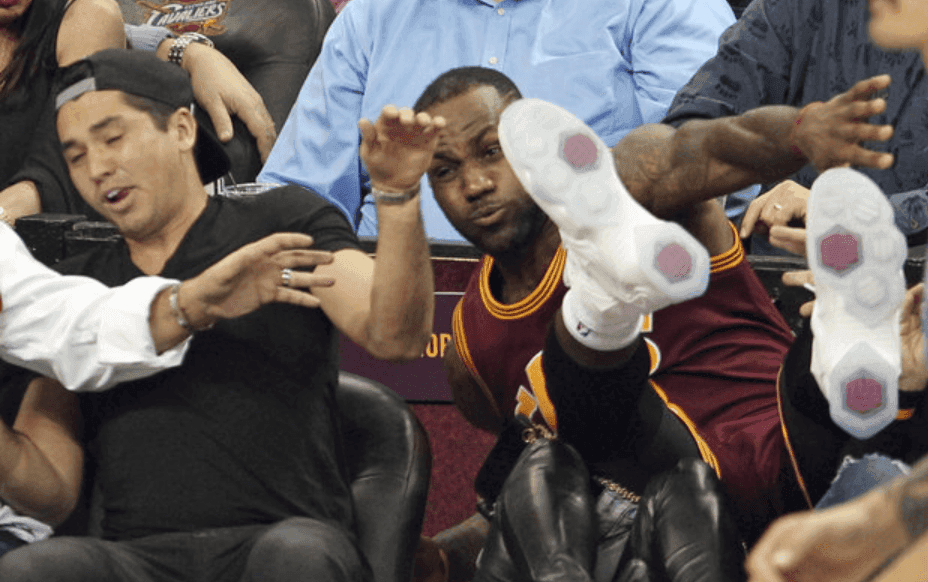 The Cleveland Cavaliers took down the Oklahoma City Thunder on Thursday night, but it wasn’t without yet another injury. No, not to any of the players, but to one of the fans sitting courtside who just so happened to be Ellie Day, the wife of PGA Golfer Jason Day.

LeBron James dove after a loose ball, diving past Oklahoma City’s Serge Ibaka and into the courtside fans sitting by the Cavalier bench. James saved the ball, but barrels through the fan and injures her in the process.

Ellie Day I hope you're doing okay! My apologies! Hope u guys come back to another game soon. Love LJ!

Play continued immediately after the incident, but a timeout was taken with just over three minutes left so that Ellie Day could be helped and escorted out. Eventually, the paramedics needed a stretcher to have her taken to the hospital.

James talked to Chris Haynes about Day and the play after the game.

Chris Haynes reported on Day’s status after the game.Play was stopped with 3:07 to go so Mrs. Day could be safely secured to a stretcher, on which she was taken from the arena with her head in a brace.

Mr. Day accompanied her out of the arena and to MetroHealth Medical Center, where she is receiving treatment, the Cavs said. The Cavs had no update on her status, and an emergency room employee declined to provide an update on her condition, citing patient privacy laws.

LeBron James ended up outdueling Kevin Durant, scoring 33 points with nine rebounds and 11 assists, but since they got the win, he wasn’t too concerned with the game. James talked to Chris Haynes about Day and the play after the game.

“She squeezed my hand, said she was fine,” James said. “I think she was just a little weary.”

“For me, obviously, her health is very important and hopefully she is doing well. The guys told me she’s doing great now. For me, just going for a loose ball, tried to keep the possession going, I just hate that that was the end result.”