Yes, LeBron James is returning home to restore peace to the city of Cleveland. However, his decision hasn’t been peaceful for everyone involved. His decision has led to significant fire-storms (pleasant ones this time) in Northeast Ohio, affecting his neighbors and neighborhood significantly. There has been chaos due to the overwhelming media and fan frenzy. To get back in the good graces of his neighbors, LeBron decided to send out an apology message coupled with a dozen cupcakes to all of his neighbors. This might not compensate for the massive traffic jams that LeBron’s decision will cause, but it’s bound to sweeten the neighbors’ outrage. And hey, it can’t be a bad thing to be living so close to the King.

Overall, 70 dozen cupcakes were ordered by the James family to be distributed to neighbors and to the nearby Bath Township police department.

Alongside the cupcakes, there was a note that read:
“Dear Friend, we know things have been hectic in our neighborhood these past few weeks and we are sorry for the chaos. We are so thankful to live in this wonderful community and we are so blessed to have understanding neighbors like you.”

{adinserter 2} Simultaneously, LeBron James was able to promote his own foundation as his cupcake boxes contained six “Just A Kid From Akron Cherry Cola” cupcakes along with six “Homecourt Chocolate Chunk” cupcakes, both originally part of the James’ foundation.

LeBron James had purchased this property back in 2003 and had been building it, enjoying his summers there even during his tenure with the Miami Heat in South Beach. His house encompasses 30,000 square-feet, including six bedrooms, 11 bathrooms, and even a two-story master closet. There is also a recording studio, casino, two-lane bowling alley, sports bar, aquarium, barbershop, and theater. While he bought it for just $2.1 million in 2003, he has done some major transformations and he has added giant gates for personal protection. It is currently estimated to be worth $9,200,000. All of this chaos is taking place while LeBron James is in…China! It will be interesting to see how disorientated Cleveland really is when it is time for King to actually return home.

PS: LeBron it might be a good idea for you to get those crying Miami Heat fans some ring-pops? (If there’s any left.) 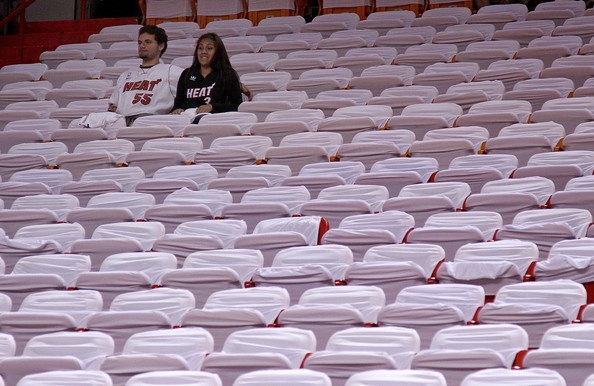