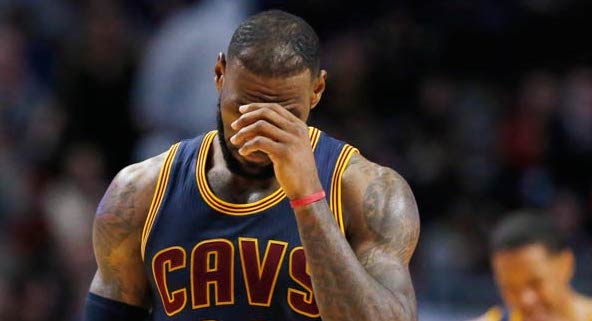 LeBron James played one of the more physical games of the year against the Charlotte Hornets on Friday night, and it could cost him a game or two.

According to Joe Vardon of Cleveland.com, James said he suffered a scratch to his cornea late in the third quarter at the hands of Hornets forward Jeremy Lamb (literally). Following the game, Vardon reported that James was being seen by an eye specialist after having trouble keeping it open during his postgame interview.

LeBron is being seen by an eye specialist right now. Couldn't keep his right eye open during postgame interview

LeBron said if Lue gives him a game off Saturday, it's not to "rest." So read into that what you will

The Cavs return home from the four-game road trip and will play against the Washington Wizards on Saturday night. Sitting just one game ahead of the Boston Celtics for the first seed, the Cavs will need everyone’s best efforts against the Wizards whether or not James ends up missing the game. 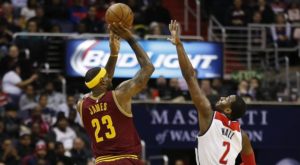