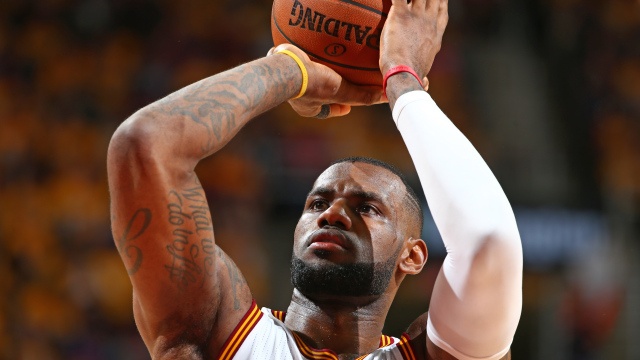 When LeBron James entered the league, his game, as well-rounded as it seemed, still had some glaring weaknesses. Just like any other gym-rats, he spent countless of hours working on fixing those details and the results have been staggering to say the least when we look at how far it has taken him in his career.

His shooting was suspect. His defense was mediocre. His leadership left plenty to be desired. His performance in clutch situations did not match his go-to-guy status. He shied away from using his size and strength advantage at the low bock.

All these have been crossed out in the Cleveland Cavaliers superstar’s to-do-list over the years. He is as meticulous as they go when it comes to his craft. His basketball acumen not only allows him to gain advantage on the court, but it also helps him realize what he needs to do in order to execute the necessary steps towards his desired results.

To begin the season, the four-time NBA Most Valuable Player took a step back in one aspect of his game as he saw himself shoot the ball very poorly, by his standards, at the free throw line. In the Cavaliers’ first 14 games, he only made 64 out of his 102 attempts at the line, good for 63 percent. But he has turned the corner in a big way by hitting 61 of his next 70 attempts for an 87 percent clip. The first game of his hot run at the stripe was against the Toronto Raptors where he shot 11 of 12.

To put his 88 percent mark in perspective, it is actually a better percentage than the season numbers for notable shooters J.J. Redick and Klay Thompson.

Jason Lloyd of Ohio.com wrote a piece about LeBron James’ recent fixation on making those freebies. According to James:

I’ve always had ambitions to shoot in the high 80s. I’ve been shooting them extremely well the last couple weeks, so I have to continue my routine, continue to put in the work as I’ve been and live with the results.

When asked about his thoughts on missed free throws from certain games as of late, James had these to say. First was against the Orlando Magic:

Made me extremely mad. I know what I’ve been shooting from the line the last few games … missing those last three hurt me really bad.

Then against the Oklahoma City Thunder:

Lloyd also shared what James had to do to address his early season slump at the charity stripe.

When he was slumping from the line, James had someone dig back through old film to find when he shot free throws well. He discovered a stretch with the Heat when he shot better than 80 percent from the line for about a month.

He watched what he did and changed his mechanics a few weeks ago to mimic what he was doing successfully back then. The changes seem to have worked.

Overall for this season, LeBron James has been shooting the ball at almost a 73 percent accuracy. His best year in that regard was during the 2008-2009 season where he averaged 78 percent at the free throw line. James’ game continues to evolve and his renewed commitment to making those free throws could be the first step towards a new and retooled arsenal as he advances in mileage. 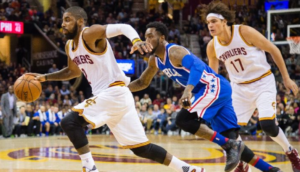