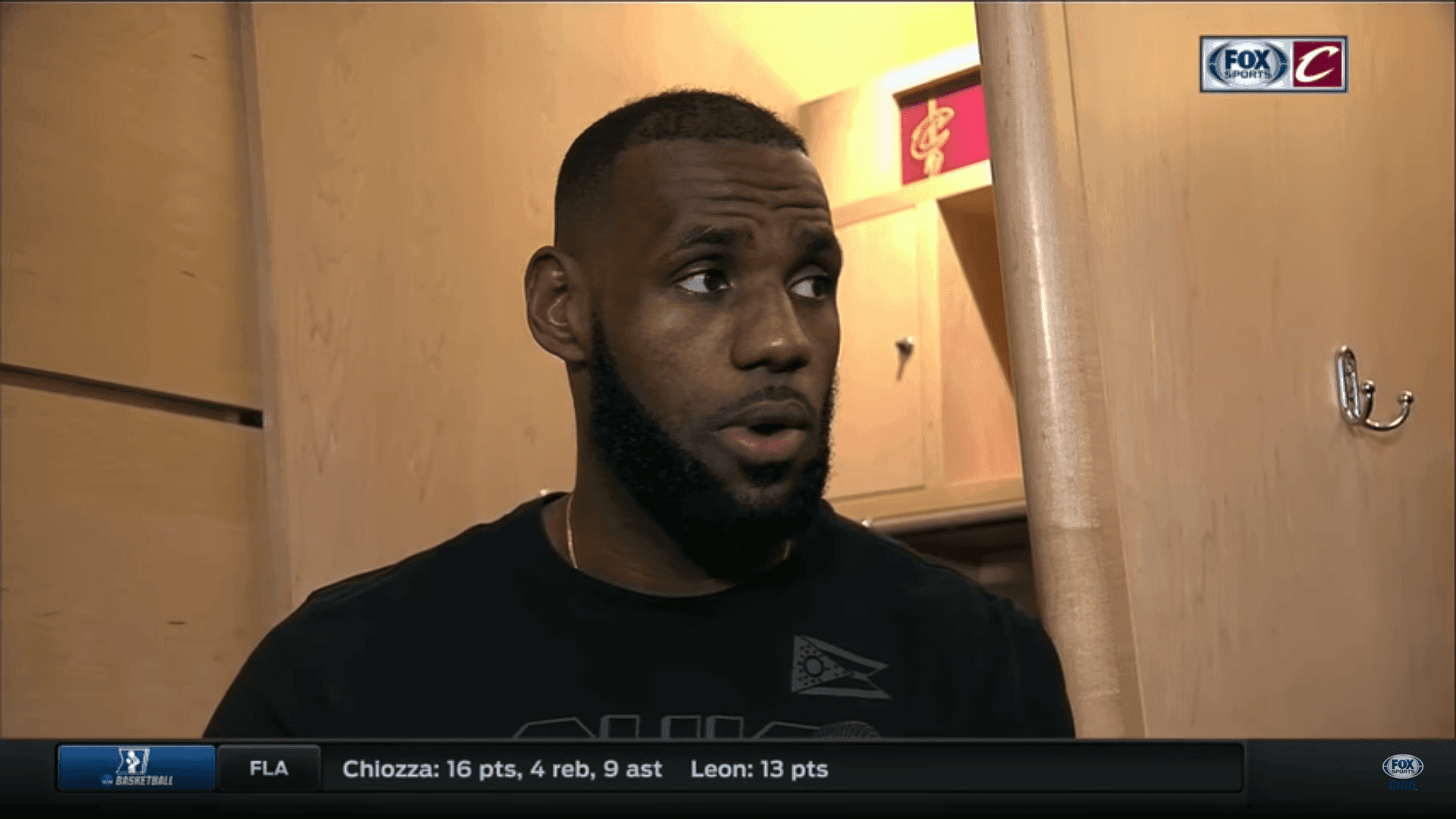 Cleveland’s schedule through the month of December isn’t getting any easier, and LeBron James knows that. After last night’s game, James spoke to members of the media with regards to last night’s loss to the Clippers and what it will take to get the train back on track going forward, saying:

We just couldn’t get into a rhythm tonight, you know? We did a good job of coming out in the first quarter, but the game just got unravelled. We got in foul trouble; some of our big, key guys: Channing (Frye), Kev (Kevin Love), and Swish (J.R. Smith) got in foul trouble. They just broke our rhythm. Those guys played desperate basketball with them losing their last three. They played some good ball. We just have to figure it out, which we will.”

I think some of our turnovers were forced; some of them were attack turnovers. I think one of my turnovers was unforced. I think the one that was careless was the one at the end of the second quarter, but I thought I had RJ (Richard Jefferson) streaking down the court. So, we gotta get the ball poppin’ a little bit more, but it’s easy to say that when you don’t make shots as well. We’ll figure out, offensively, what we need to do better. Coach (Tyronn Lue) is tinkering with some personnel things right now, which we’ll figure out as well.”

Tonight, the Cavs will indeed get a shot at redemption when they face the Chicago Bulls inside the United Center at 8:00 pm EST on ESPN.