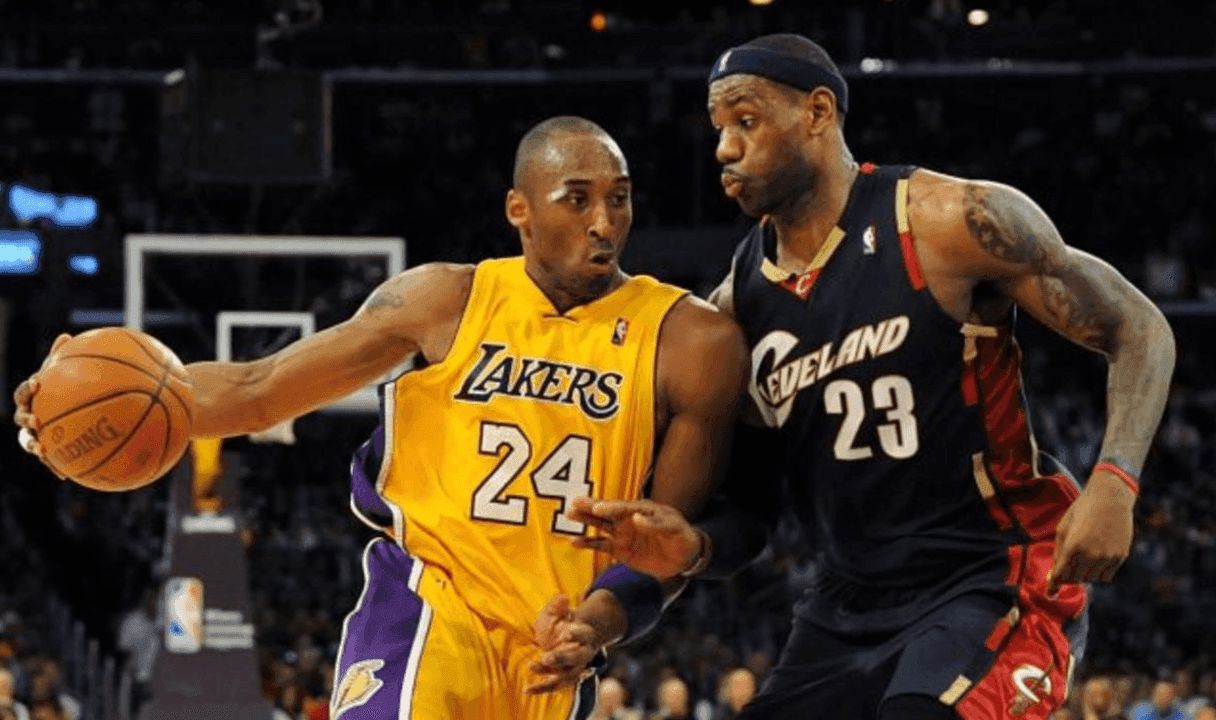 On Saturday night, Kobe Bryant announced that this 2015-16 season will be his final one in the NBA. After 20 years in the NBA, Bryant is hanging them up and will try to do so on his own terms and as healthy as possible. NBA players spoke out about Kobe Bryant over the weekend, but one had yet to speak about him: LeBron James. On Tuesday, James was asked about Bryant’s announcement.

Dave McMenamin of ESPN spoke with LeBron on Kobe.

“It’s truly sad for me. I didn’t hold up my end of the bargain in 2009 for the fans, for us, to meet in the Finals,” James said Tuesday, looking back on the 2008-09 season when his Cleveland Cavaliers led the league with a 66-16 record and Bryant’s Los Angeles Lakers were right behind him at 65-17. “I know the world wanted to see it. I wanted it, we wanted it. He held up his end and I didn’t hold up my end, and I hate that. I hate that that didn’t happen.”

It was the Finals matchup we’ve always wanted, but the one we’ll never see. It was the best season in franchise history for the Cavs, and the third best season in franchise history for the Lakers. It looked like their paths were destined to meet, and we would finally get the LeBron James-Kobe Bryant matchup we’ve wanted since we saw how great LeBron was. Fans and media were itching for it, and Nike even thought it would happen that year, creating a series of ads with Bryant and James as puppets messing around and cracking jokes.

Unfortunately, it never happened as the Orlando Magic went on to upset the Cavs in the Eastern Conference Finals 4-2, advancing to play the Lakers, who dismantled them 4-1 on their way to Kobe’s fourth championship.

One thing we are able to enjoy, at least two more times, is a head to head matchup between the two, barring both stay healthy. Regardless of this season’s results, which will both probably be victories, LeBron will have won the head-to-head matchup between the two players. James is currently 20-14 vs Bryant after he started out losing three of the first four. James averaged 28.4 points, 7.6 rebounds, 7.2 assists, and 2.1 steals when playing against Bryant and his Lakers, while Bryant has averaged 25.0 points, 5.0 rebounds, 5.5 assists, and 1.1 steals per game.

The two matchups will take place February 10 in Cleveland, and March 10 in Los Angeles.