LeBron James Speaks Out About Cavs And Thompson Stalemate 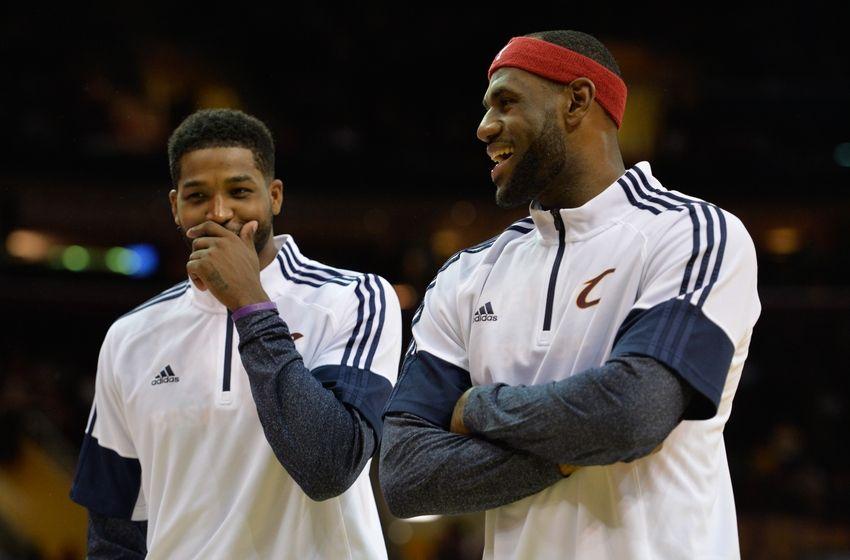 The first was about the kids in his ‘I Promise’ program who will get full college scholarships if they complete it with good test scores, attendance, and community service. This is big for the 200+ seventh graders who will be graduating in six years if they meet all of their requirements.

The second was about the Cavs most important free agent, Tristan Thompson.

LeBron James staying clear from meddling in negotiations but said 'That's our No.1 objective, to sign Tristan. He's a huge part of our team'

“Short-term and long term he makes our team more dangerous,” James said of Thompson. “Things need to be worked out from his side and the Cavs but we need him back. He’s an important resource.

“The front office has done a great job. The next step is to get Tristan done.”

After weeks of deliberation, Cleveland offered Thompson significantly less than what he was asking for, and on Tuesday, Thompson’s agent Rich Paul notified the Cavs of Thompson’s intentions if a one-year, qualifying offer is signed. Sam Amico of Fox Sports and Chris Haynes of NEOMG reported it first via Twitter.

Stay tuned for the latest on the contract stalemate between Tristan Thompson and the Cleveland Cavaliers.