LeBron James Speaks On The Loss Of The Great Muhammad Ali 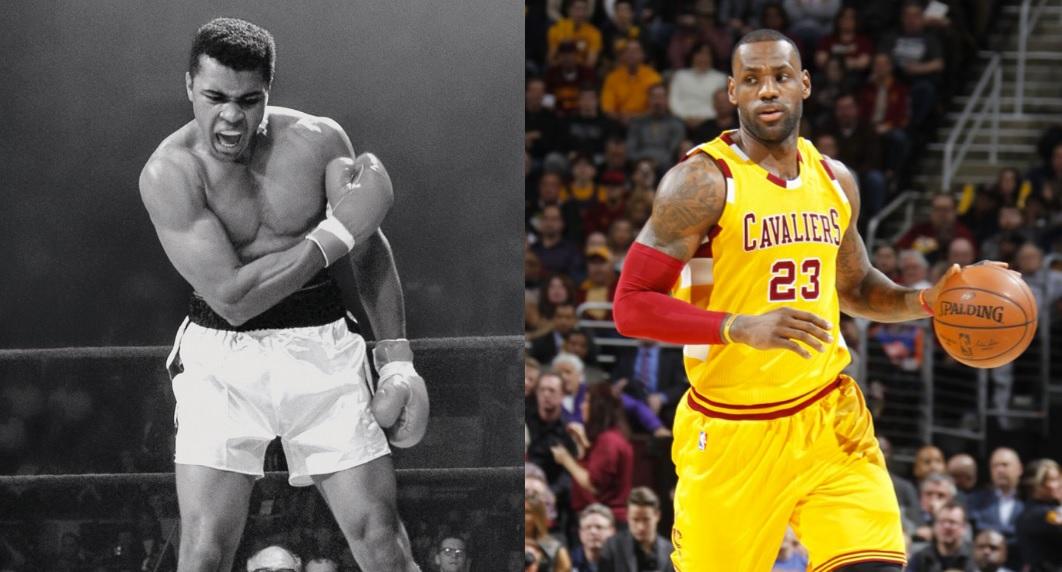 The world is mourning the shocking loss of the greatest boxer of our generation, and arguably one of the most influential people in the world. Muhammad Ali passed away last night at the age of 74 due to a respiratory illness.

The Cavs own LeBron James spoke with ESPN’s Chris Broussard on Saturday after the Cavs practice session.

James said Ali is one of the inspirations behind his efforts to use his fame and fortune to positively impact people outside of basketball.

“People forget what you did as a professional,” James said. “People forget the championships and all the other things you were able to accomplish. But they will never forget how you made them feel. That’s a Maya Angelou quote, but I’ll transcend that into what Muhammad Ali was able to do. So it’s very important.”

James recalls watching some of Ali’s battles as a kid, and even though he was too young to watch Ali’s fights, as Broussard points out, he still got to watch some footage of Ali on ESPN Classic.

Ali’s greatness also came outside of the boxing ring, as LeBron notes, because he was an African-American who made it into the sports universe and inspired generations after him to do the same.

“It’s what he did outside of the ring, what he believed in, what he stood for, along with Jim Brown and Oscar Robertson, Lew Alcindor — obviously, who became Kareem [Abdul-Jabbar] — Bill Russell, Jackie Robinson. Those guys stood for something. He’s part of the reason why African-Americans today can do what we do in the sports world. We’re free. They allow us to have access to anything we want. It’s because of what they stood for, and Muhammad Ali was definitely the pioneer for that.”

You can see the rest of the NBA world’s reactions to the loss of the great Muhammad Ali here.