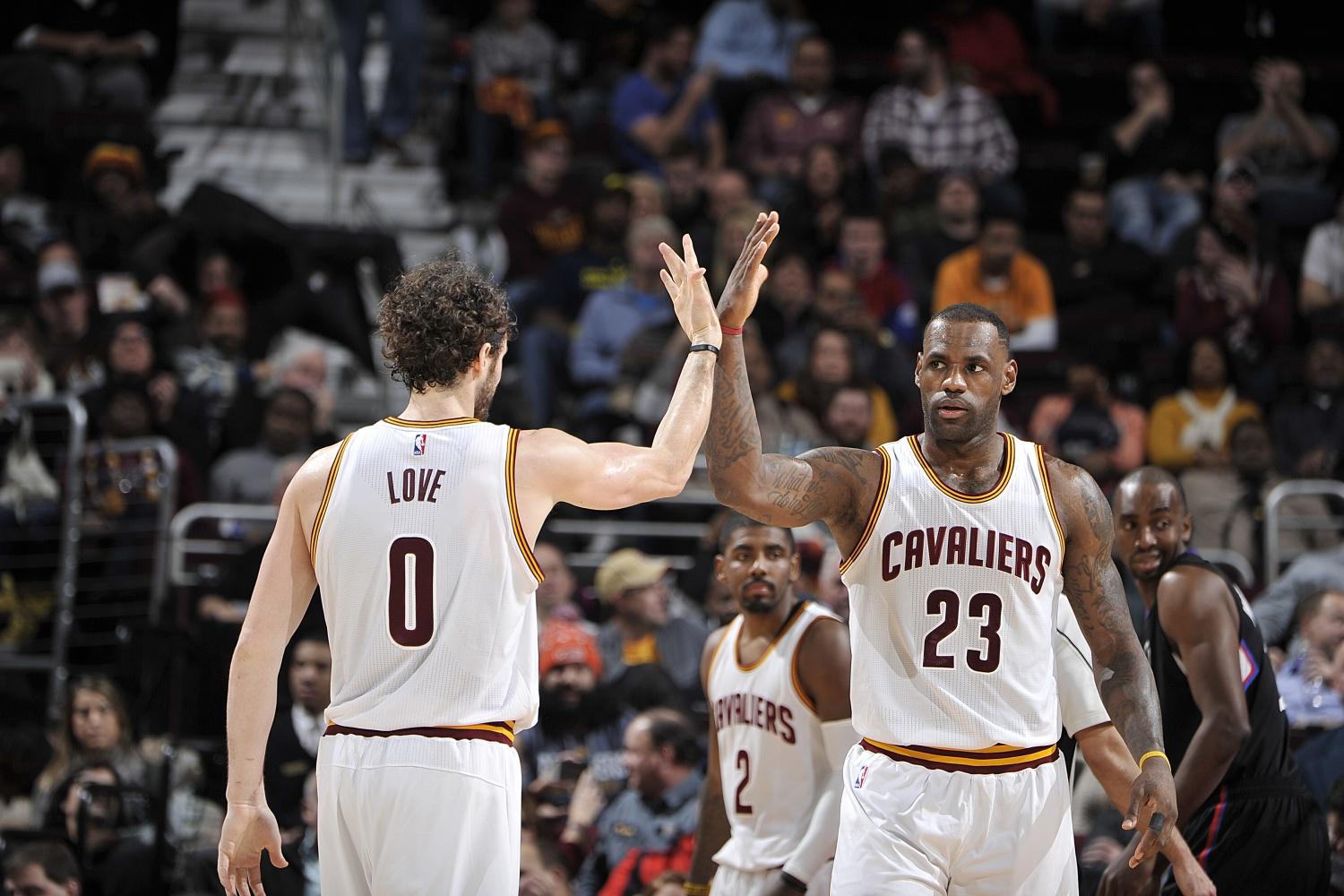 The Cleveland Cavaliers took down the Portland Trail Blazers on Tuesday night. No one came in expecting a historic night, but that’s exactly what it turned out to be. Despite Kevin Love pouring in an NBA record 34-point first quarter, LeBron James also snagged two milestones of high own on the night.

Before the outing, James was only four assists shy of passing Guy Rodgers for 17th place on the NBA’s all-time assists list, and as Love got hot, the King continued to find him. James continued to ride the hot hand, and in the process, he quickly surpassed the four assists he needed to climb up the assists ladder. James finished with seven assists in the first quarter alone, and he wasn’t done just yet.

Congrats to @KingJames of the @cavs on passing Guy Rodgers (6,917) for 17th on the NBA's All-Time Assists List! pic.twitter.com/gq4yZunwMW

As the game settled, and both teams began to comprehend they just witnessed one of the greatest shooting quarters in NBA history, James continued to quietly go about his business. He continued the onslaught, and with an already high number of assists, James started to put the ball in the basket with ease, as well as his domination on the glass.

Little did everyone know; the King was on the verge of reaching another milestone on the night. As James soared in for his tenth rebound in the fourth period, he registered his 44th triple double of his career (60 including post season). In doing so, James broke the tie he had with Fat Lever to fully occupy the 6th spot for all-time triple doubles in NBA history.

No one expected it, but the demolition of the Trail Blazers ended up being an extremely historic night for two special Cavaliers.

James finished with 31 points, 10 rebounds, and 13 assists in a monster triple double display. Next up on the all-time assists list is Bob Cousy. As of right now, James is only 28 assists away from surpassing him. At this rate, this milestone will be reached in the next couple of games.

As for triple-doubles, James is 15 triple-doubles away from passing Celtics legend Larry Bird and enter the top five for all-time triple doubles in NBA history. James is essentially on triple-double watch every night and after falling one rebound or assist shy more than once, he could realistically reach this landmark this campaign.

Sit back, relax, and enjoy the King climbing the all-time ladders for years to come.