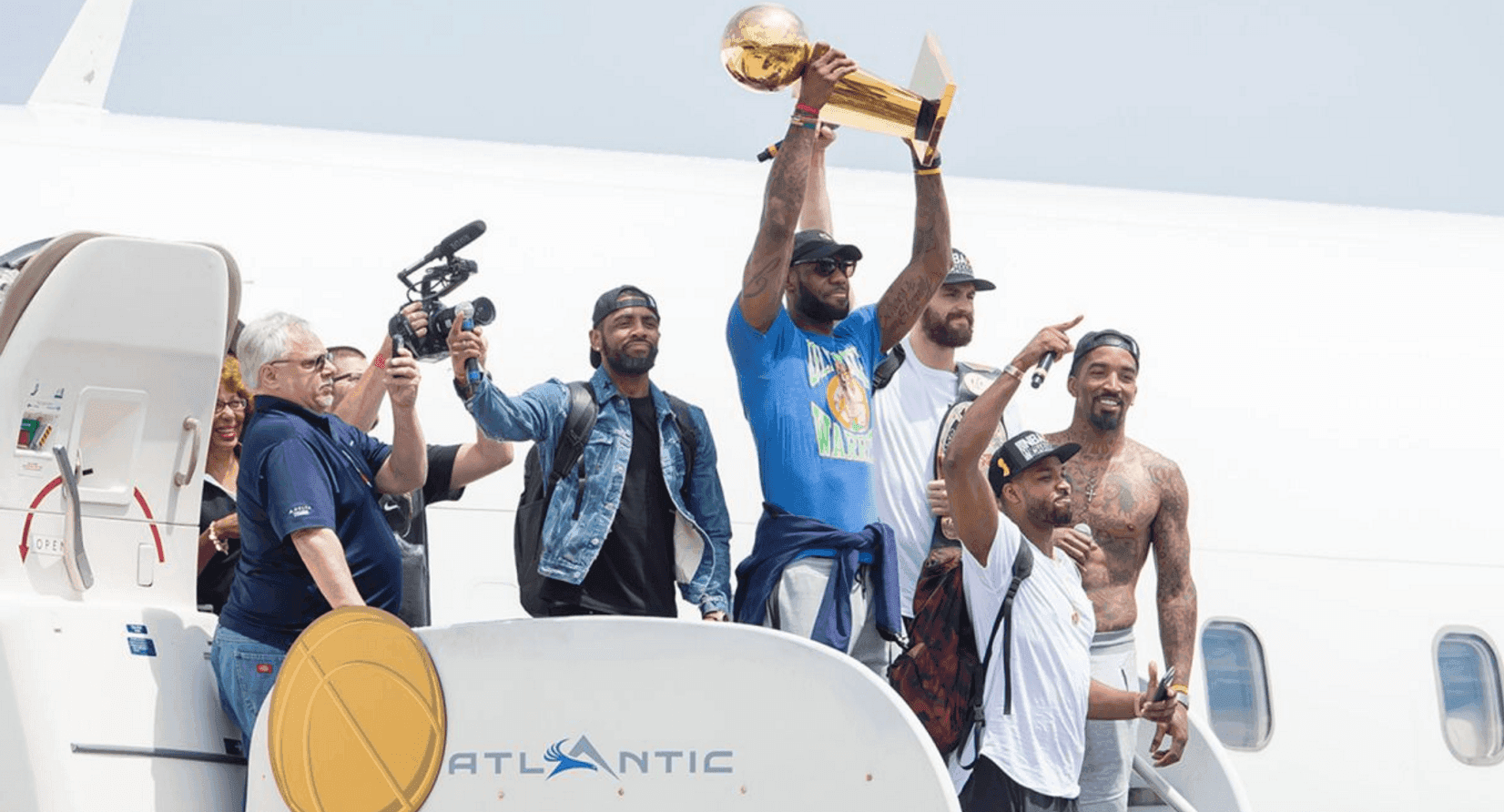 LeBron James has been enjoying this offseason as an NBA Champion for the third time in his NBA career. This time, winning it for his home state of Ohio and fulfilling the promise he made so many forgivable years ago.

James was seen wearing his Kermit the Frog hat and the The Ultimate Warrior shirt when the Cavs got off the plane and arrived in Cleveland as NBA Champions. James has seemingly upgraded his hat game, and his new Kermit the Frog hat looks so awesome.

But that's none of my business right!?!? #TheLand #StriveForGreatness #TheKidFromAkron #JamesGang

He then posted another with a smile saying that he’s happy now.

Actually like this one better because I'm as happy as can be! Well I'm always happy actually!