LeBron James gives a quick shout out to Dirk Nowitzki 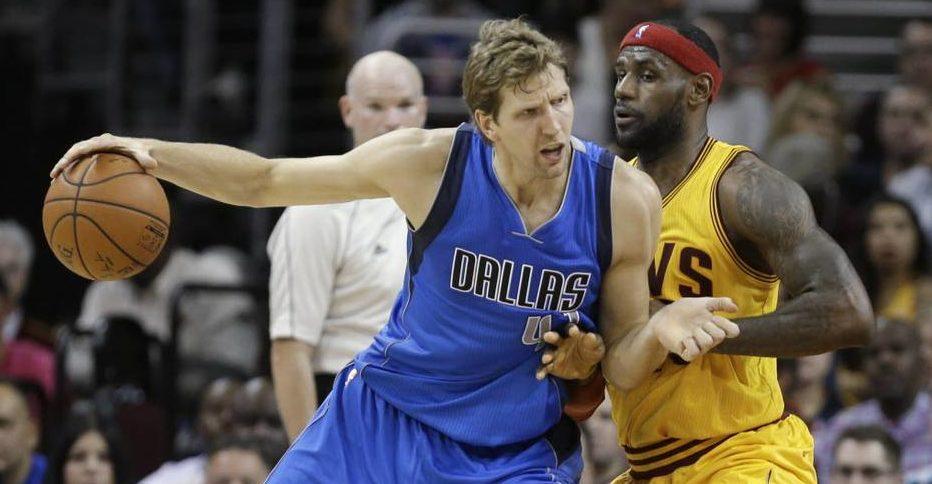 Throughout much of his illustrious NBA career, LeBron James has voiced a great amount of appreciation for the other talented players around the league.

During this time, he has also aired his appreciation for the career that Dallas Mavericks big man Dirk Nowitzki has put together. In a recent appearance for the “Road Trippin with RJ & Channing” podcast, James gave a glowing shout-out directed toward Nowitzki.

Dirk with a shoutout from The King. pic.twitter.com/oyBaoGIDX2

This shouldn’t come as much of a surprise given that the 32-year-old voiced a similar sentiment about his longtime peer stating back in January 2016 prior to a game against the Mavericks that Nowitzki was one of his all-time favorite players ever.

Nowitzki has put together a Hall of Fame career that is about to span two decades in the league, seeing him garner numerous major accolades such as being an NBA champion, an NBA Finals MVP, regular-season MVP, 13 All-Star Game selections, four All-NBA First Team nods, five All-NBA Second Team selections, and three All-NBA Third Team nods.

He also led the Mavericks to 15 playoff appearances while being the highest-scoring foreign-born player in league history while ranking sixth all-time in points scored with more than 30,000 career points. Nowitzki also helped revolutionize the game as a 7-footer that can shoot the ball effectively from the outside as his primary skill set in the league, which has led to numerous players after him adopting that same playing style.

Nowitzki has also been just as impactful off the court establishing the Dirk Nowitzki Foundation, which is a charity that aims at fighting poverty in Africa. He is simply a well-rounded individual that has proven to be quite worthy of the praise dished out his way.