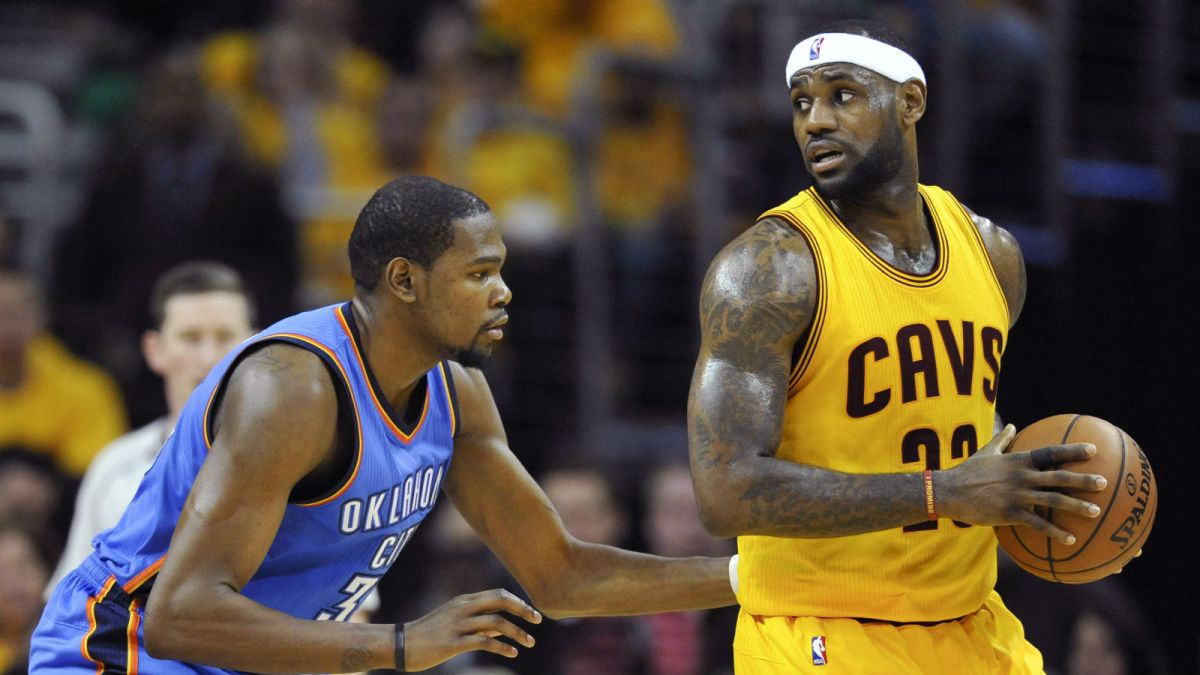 LeBron James and Kevin Durant are two of the biggest draws in the NBA today. They’re the two best when it comes to the small forward position. They simply excel at both ends of the court that they don’t always guard each other when their teams matchup as both these superstars are able to do a lot more things for their respective teams. But when the game goes down to its crucial stretches, expect their coaches to have them guard each other, to everyone’s delight.

James is in a league of his own with his God-given combination of size, strength, skills, and basketball acumen. In an article by Chris Haynes for Cleveland.com, the Cavaliers star talked about Durant’s own uniqueness.

He’s a 7-footer with six-foot ball-handling skills and a jump shot and athleticism. It’s never been done in our league. Never had a guy that was seven-foot, could jump like that, could shoot like that and can handle the ball like that. So it sets him apart.

Many have tried but only Durant has been successful in reaching elite status while armed with those characteristics. There have been other players close to seven feet in height who could also resemble a guard with their shooting and ball handling, but none had the level of accuracy, efficiency, and killer instinct that the Thunder superstar possesses.

In Haynes’ item, LeBron James was also quick to address the impact a matchup with Kevin Durant has to his in-game demeanor.

Clearly, these two former MVPs seem to bring out the best in each other whenever they go head-to-head. Tonight, James and Durant will lock horns one more time to add more intense and competitive moments to their colorful rivalry.