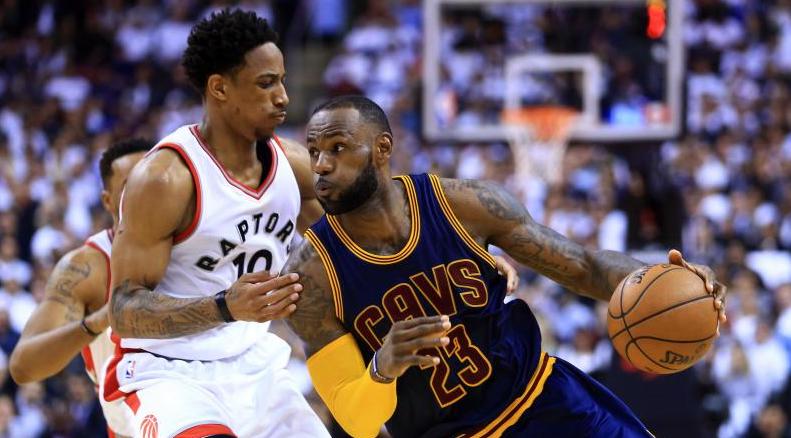 It’s safe to say the Cleveland Cavaliers and superstar small forward LeBron James dominated their Eastern Conference Semi-Finals matchup with the Toronto Raptors. What looked like an interesting and intriguing series beforehand only ended in a lopsided affair in favor of the world champions.

The Raptors were specifically constructed to take down the Cavs, especially with their mid-season acquisition of talented and frisky defender P.J. Tucker and big man Serge Ibaka. But James and the Cavs were far too much to handle for the Raptors who were without their star point guard Kyle Lowry after Game 2.

It wasn’t that the Canadian outfit were bad, but they were just outclassed by the Wine and Gold who were led by another jaw-dropping performance from four-time Most Valuable Player. James was breathtaking as he broke multiple records along the way to averaging 34.4 points for the series. The reigning Finals MVP is putting together maybe the best postseason campaign we’ve seen in recent memory.

As James took apart the Raptors, Lowry claimed no one close to his greatness within the league, and Raptors’ head coach Dwane Casey was lost for words trying to describe the superiority of the four-time MVP, and the impossible task of stopping him.

There was one bright spot for the Raptors though and he was scoring machine DeMar DeRozan, who did everything he could to try and keep the series alive, but he was left deflated. As good as DeRozan was, this extraordinary stat highlighted just how dominant James was throughout the series.

From @ElalcaldeRafa: DeRozan leads Raptors in scoring at 20.3 ppg. That's what LeBron is averaging — in 2nd halveshttps://t.co/ZF0norC9bF

Yes, you read that correctly. James averaged in, second halves alone, what DeRozan normed for the entire series. It’s an unbelievable stat considering DeRozan dropped 37 in Game 3 and 22 in Game 4.

The King did it by dropping 35 points in Game 1, 39 points in Game 2, and 35 for the last two games on the road at Air Canada Center, as he absolutely took over the second halves of games to lift the Cavs.

The Cavaliers have earned their week’s rest, and James’ play is an indication of what is on his mind – winning another championship for Northeast Ohio. 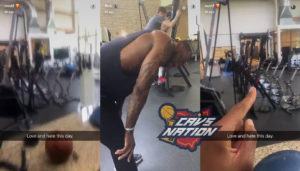