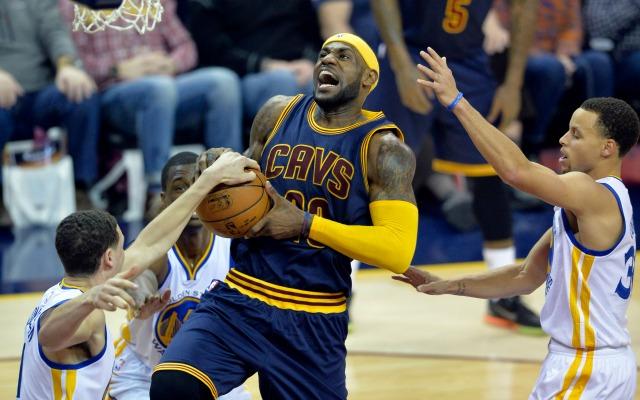 Tonight, the NBA’s defending champion Cleveland Cavaliers will step foot inside Oracle Arena for the first time since Game 7 of last year’s Finals.

Cleveland’s epic comeback effort against the Warriors (down three games to one) will forever live in NBA history as one of the greatest achievements ever accomplished in sports. Walking into Oracle Arena for the first time since last year will surely conjure up memories for many members of the Cavaliers, including their superstar small forward, LeBron James, as Chris Fedor of www.cleveland.com reports in his recent article.

I think when you walk into the building, you’ll initially have some thoughts of it,” James said Sunday following the Cavaliers’ first practice in nearly three weeks. “I think all of us will, no matter where you were at that time and place, if you’re at that arena, you’re just going to remember where you were back in June. But I’m in a different place right now than I was in June. It’s a different mindset. I’m in a different situation right now.”

James knows that the Warriors are a formidable foe. In Cleveland’s highly-anticipated Finals re-match with Golden State on Christmas Day, the Warriors led for all but 42 seconds. However, just as they did in Game 7 of last year’s Finals, the Cavs saved their best effort for the closing minutes.

James, who is having one of the best statistical years of his illustrious career (25.8 points, 8.3 assists, and 7.8 rebounds per game), had high praise for the Warriors after Sunday’s practice.

After Sunday’s practice, Tyronn Lue, Cavs head coach, spoke with members of the media. Lue seemed focused on sticking to his game plan against the Warriors, who have won seven of their last eight outings.

Really no adjustments,” Lue said. “We’re going to do what we did that day. Get down the stretch of the game, if we got to adjust to win the game we will, pretty much just going into the game doing what we do.”

“We’re not going to change our game because we’re playing Golden State, and I told you (members of the media) that in the Finals. We gotta play faster, gotta push the basketball, make them turn it over so we can get out in transition.”