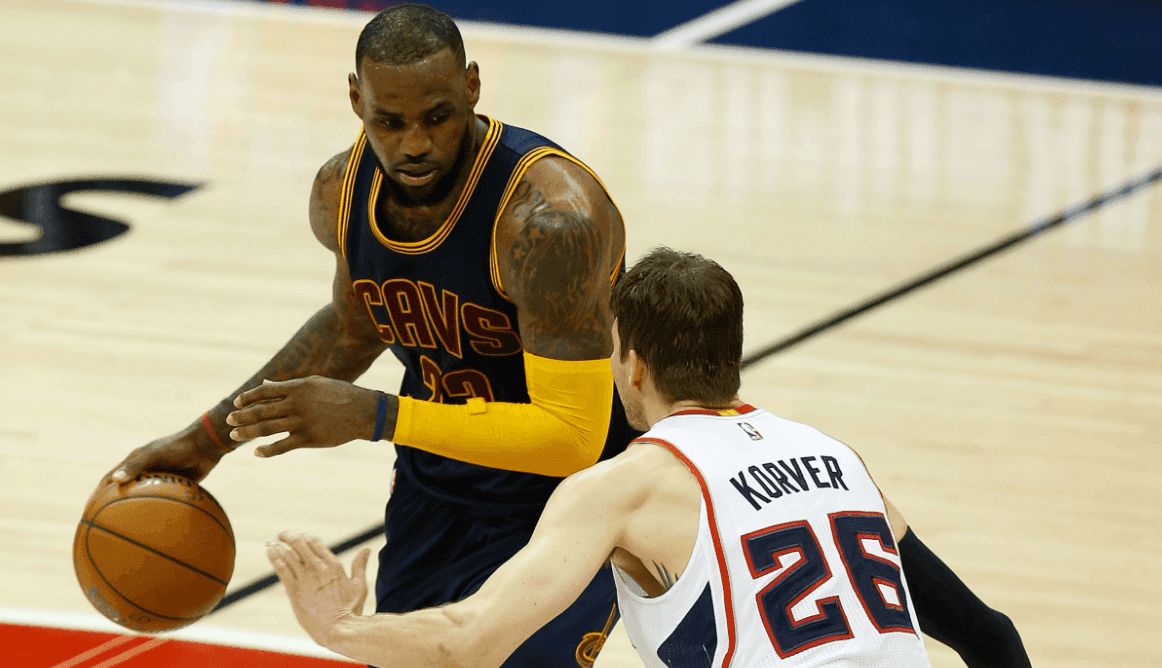 Today, as the NBA’s defending champion Cleveland Cavaliers finalize their deal with the Atlanta Hawks to bring veteran swingman Kyle Korver to town, LeBron James has declared that there may still be a move or two that needs to be made.

“We still got a couple more things we need to do,” James said at Cavs shootaround Friday morning in preparation for their game against the Brooklyn Nets on Friday. “We got to get a point guard.”

The Cavs fell to the Chicago Bulls on Wednesday night without Kevin Love or Kyrie Irving and struggled without a veteran point guard to run their offense. James, who was playing through the flu and a sprained ankle in the fourth quarter, did as much as he could to guide his Cavs to the win. Cleveland’ fourth quarter didn’t see a single assisted play with all buckets coming on isolation plays or free throws.

That’s something James says has to change with another point guard.

“I think that’s the next step,” James said of a point guard addition, “… and, uh, you know, you look at our league, most teams have three point guards. We only have two, with Kyrie and our rook in Kay. I think just having that secure blanket (is important). Every NFL team has three quarterbacks. Having that secure blanket in case of a (situation like the Oakland Raiders losing) Derek Carr. We’ll see what happens, but we’re happy with our team right now.”

Quite a few names have been thrown about with regards to who the Cavs might be interested in at backup point guard. Over the past few weeks, the names of Mario Chalmers, Jarrett Jack, Norris Cole, and even Rajon Rondo have been circulated as potential candidates for the role. Those who are close to the team expect a move to be made soon.