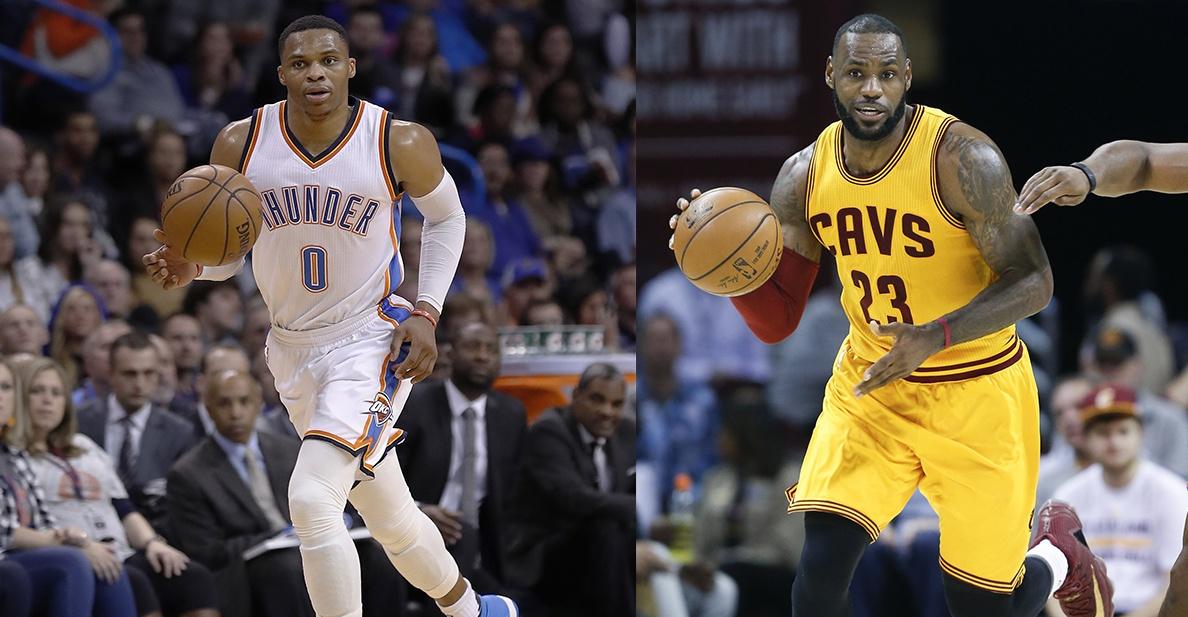 In seasons past, the MVP race was mostly a two-horse race, but this campaign sees a genuine four-way push to lift the illustrious trophy as the season comes to a close. There have been fierce battles between all four candidates, and despite the divided opinion among NBA fans and personalities, it has been historical individual seasons for all four men.

They may be rivals in the race, but two of those rivals combined two nights ago to make NBA history. LeBron James and Russell Westbrook put up two extraordinary games, which saw them join forces for another historical night within the association.

Westbrook dropped 40 points to go along with 13 rebounds and 10 assists on the night against the Charlotte Hornets, and James had a monster 41 points, 16 rebounds, and 11 assists in a dominant and clutch performance in double overtime against the Indiana Pacers, all whilst guarding Pacers star Paul George for most of the evening.

We may not realize it now, but this season will go down as one of the most historical the league has ever seen. Only when we look back years from now may we only then grasp how incredible it was, and how high the level of play was from all MVP candidates.

Westbrook is on pace to become the first player since Oscar Robertson to average a triple-double, whilst James is on the verge of creating history of his own by continuing his reign of dominance within the association.

Both players have been both breathtaking and supreme this season, but perhaps James gets the last laugh in this case, as his Cavaliers triumphed over the Pacers whereas the Thunder fell to the Hornets.