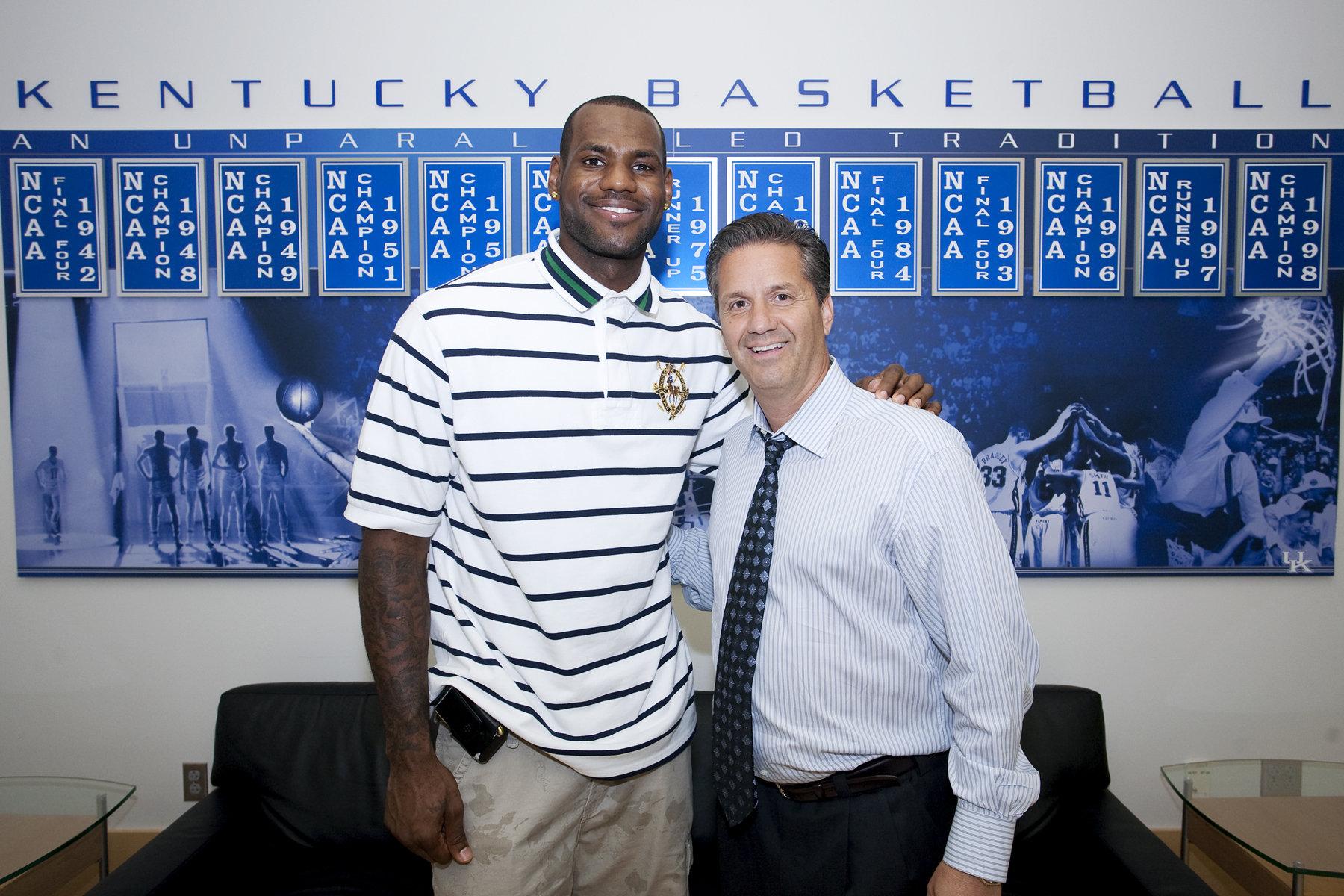 Tonight, Quicken Loans Arena will be abuzz! And no, it’s not because of the Cavaliers. Part of the NCAA’s Sweet Sixteen will be held at the Q this weekend as the Cavs are out of town.

LeBron James is a huge fan of Kentucky’s head coach John Calipari. Calipari actually had a chance to coach the Cleveland Cavaliers last year when they approached him with the head coaching offer. He instead elected to remain with the Wildcats, turning down a 10-year, $80 million deal in the process. James has remained close with Calipari since entering the NBA, saying:

“I just always kind of stayed in touch with him, even when he was at Memphis all the way to Kentucky and my little brother, Brandon Weems, was on his coaching staff at Kentucky for two years, so I gained ever more of a relationship with him.”

“This thing that I have taken on is all-consuming, but I’ve kept an eye on Cleveland because I’m a fan, obviously LeBron and I go back a ways and watching what they’re doing and how they’re coming together, knowing stuff doesn’t happen overnight,” Calipari said regarding the Cavs. “I think Dave [Blatt] is doing a great job, I’ve said it before, and obviously the best player in the universe is LeBron and I’m happy for him and being able to come home and do the things that he’s doing.”

But James is also very fond of Wichita St. Shockers’ senior forward Darius Carter, someone who he considers family. Carter, who is a fellow native of Akron, Ohio, is often referred to as James’ cousin. 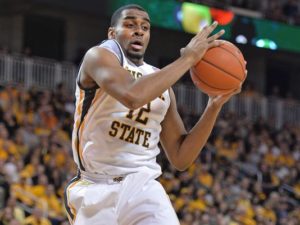 “I held him when he was a babe,” James said of Carter before Cleveland’s shootaround in Memphis on Wednesday night. “His dad played high school basketball at North High School in Akron and I grew up playing on the same courts even though his dad was older, a lot older than me, but he was one of those guys where you were like, ‘Oh yeah, he can really play.'”

While Kentucky is expected to defeat West Virginia, Wichita St. has a tough matchup against Notre Dame.
But James said that he planned to attend Saturday’s game if Wichita State advances. He hasn’t decided who he’ll root for with there being two viable options, but both teams have to advance first.