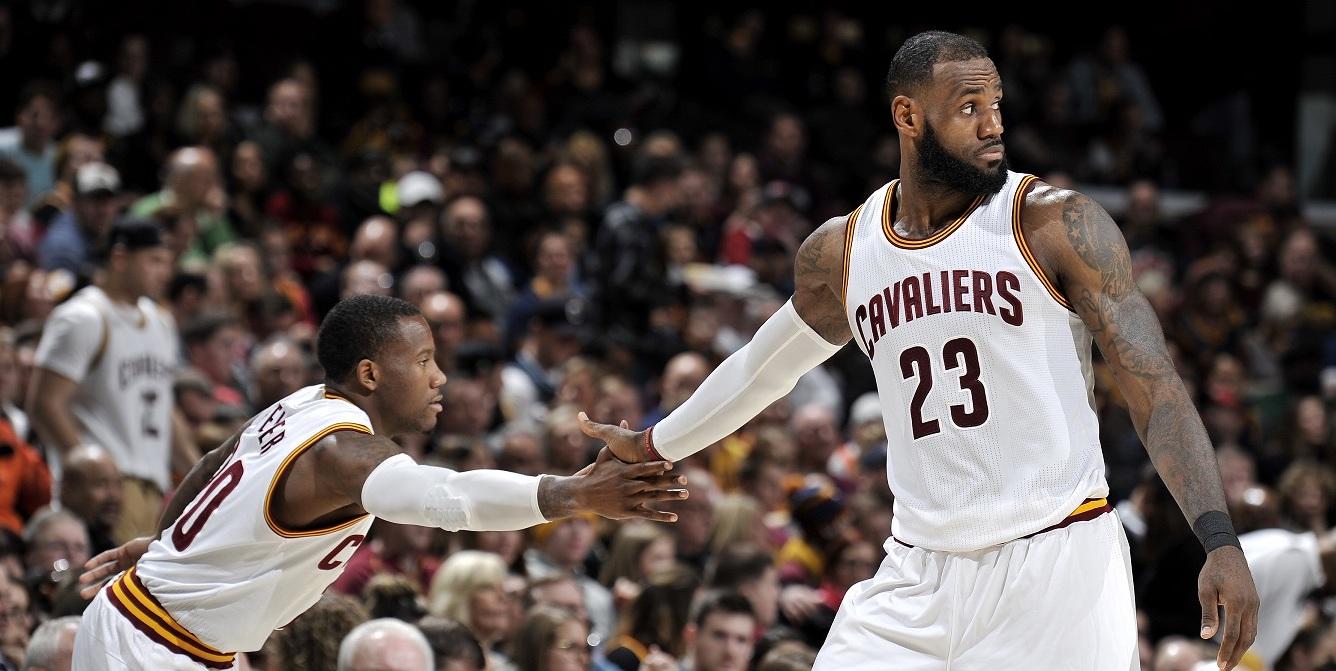 LeBron James may not have suited up for the recent contest against the L.A. Clippers two nights ago, but he was still looking out for his teammates. Well, most of them anyway.

The fans at the Staples Center were left disappointed as the best player on the planet did not take to the floor against one of the better teams in the Western Conference, but James, who underwent scheduled rest, was held back by Cavaliers’ coaching staff on the first night of a back-to-back in Los Angeles.

The Cavs were also without Kyrie Irving and Kevin Love on the evening, as Irving left the previous game against the Utah Jazz with left knee tightness, and Love is still on a strict playing schedule as he has recently recovered from knee surgery.

Despite them not playing, all three of were in the building against the Clippers, but there was a problem, the Cavs didn’t have enough room on the bench for the active players as well as their Big 3. With no seats available, James took a break from casually sipping his coffee and took matters into his own hands with Cavs rookie Kay Felder the unfortunate member to be bumped off the bench.

Felder was forced to jump off the bench and sit on a bunch of towels on the floor, as the sharply dressed Love was not going to crease his seemingly new suit on the hardwood.

After a little re-arranging, the Cavs managed to get Love seated and continued to watch the Cavs battle it out.

Even when James isn’t on the floor, he’s still orchestrating things from the sidelines. James got the bench seating sorted, and ended up finishing his coffee as well.

Of course, he’d much rather be out there, as he showed just a night later when he, Irving, and Love combined for 101 points as the Cavs defeated the Los Angeles Lakers.