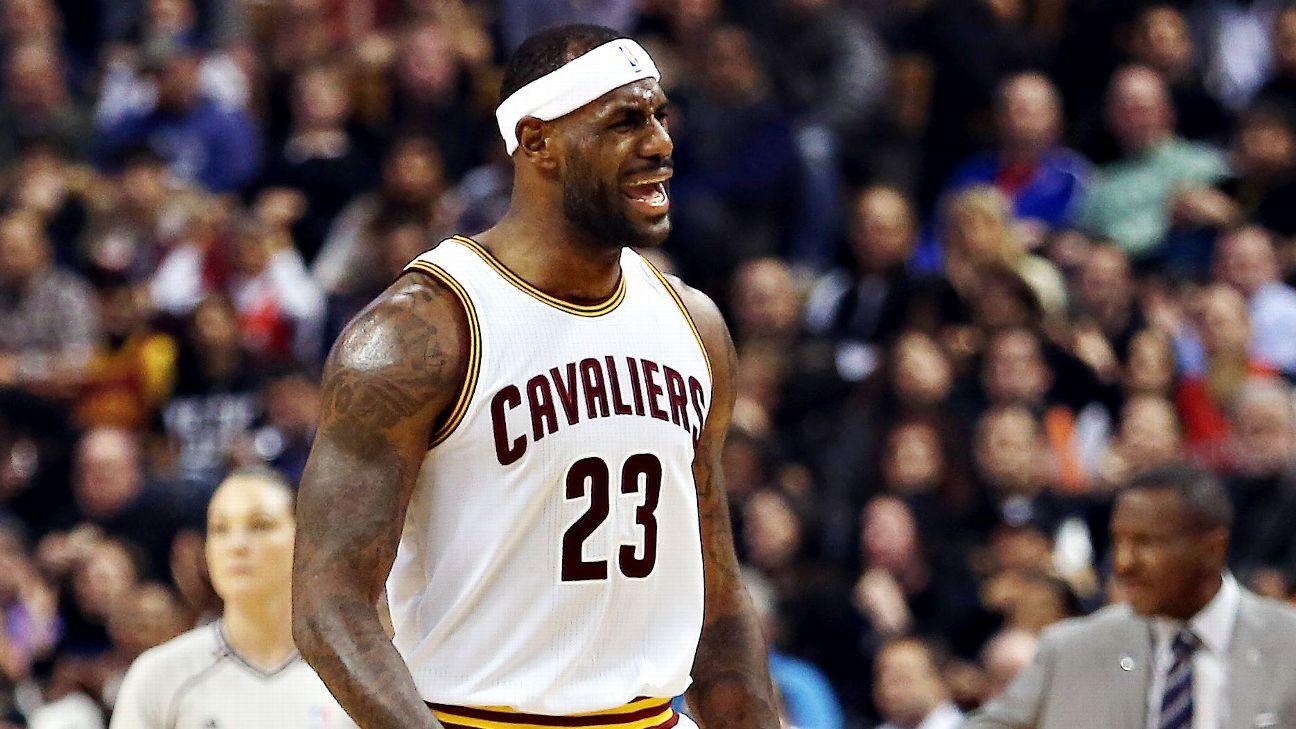 The Cleveland Cavaliers’ road woes continue in Toronto and the atmosphere within the visiting team’s locker room after the game was said to be a tense one.

The Cavs were dominated by a Raptors team who missed the services of its best big man in Jonas Valanciunas due to an injury. The points in the paint scoring was an eyesore as it heavily favored Toronto, 52-28. Even Bismack Biyombo had a field day in the fourth quarter as he scored six points and grabbed six boards for Toronto with most of the damage coming late in the fourth as Toronto put the finishing touches on the game.

LeBron James had some words about the team’s effort after seeing the Raptors have their way with his team.

It’s up to the bigs. We’re playing too soft. Not tough enough. We have to step up. It’s all a mindset. It comes from within. I’ve always had it. My upbringing had me like that, so it’s either you got it or don’t.

We have to hold each other more accountable and we have to play better, and we will. But I don’t think we improved tonight.

When asked if the team or some of the players were tired, or if the injuries to players were possible reasons for the bad play, James didn’t like to use that as an excuse.

James Jones, who has a great mind for basketball, has been able to watch a lot of the action from the sideline as the Cavs go with some of the younger players or better defensive lineups. He joined James in talking about how soft the Cavs have been at times.

“For us, the season is about getting better,” Jones said. “It’s way too early in the season for us to even think that we’ve done anything or we’ve reached a level where we can’t continue to improve. So, we’re solid right now, but we have to get better. We’re not a team that’s chasing mediocrity. Being ‘solid’ isn’t good enough.”

“It’s a focus, it’s a mentality that we have that we put on display sporadically, but it’s something that we have to do consistently,” Jones said. “No coach, no scheme, no nothing can do that. It’s us as players making that decision to do it every single time out.”

It wasn’t a team meeting. It’s just another game. When you lose games, we just discuss things we could have done better and we need to do going forward. That was basically it.

The game was close for three quarters until Toronto stepped on the gas in the fourth while Cleveland appeared to run out of it. All of the Cavs’ four losses have been on the road and it’s an alarming sign from a team as strong as the Cavaliers, even with the injuries to its key players.

James also addressed the road challenges of the team.

We’ve got to learn to play on the road again, which we did last year at some point. We just learned how to start winning games on the road and we haven’t been able to do it thus far.

Four of the Cavaliers’ next six games are on the road, starting with the Charlotte Hornets who are 7-1 at home. If they are going to turn the corner, then the best time would be at the Time Warner Cable Arena against another likely playoff opponent.