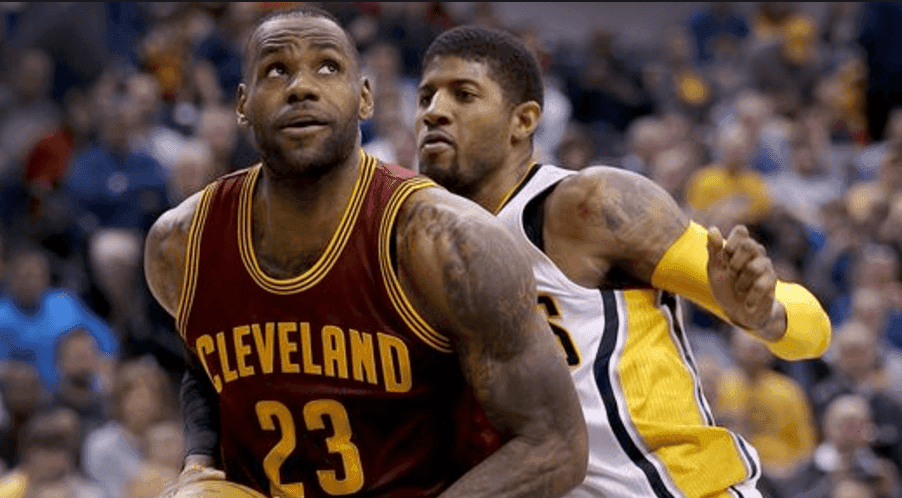 When Cleveland Cavaliers superstar LeBron James misses a game due to rest, a lot of patrons get upset. That’s just how Indiana Pacers fans felt when Cleveland’s coaching staff decided to rest James on Wednesday night inside Bankers Life Fieldhouse.

The call to rest James came down about three hours before tip-off. This wasn’t the first time James has sat out of a game in Indianapolis. In fact, James has sat out in games against the Pacers for three consecutive years. When James missed a game two seasons ago against Indiana, he inadvertently made one kid cry.

Fans pay good money for tickets and sometimes drive miles to their respective arenas to see The King play in person. But, as the song says, “You can’t always get what you want.”

One Pacers fan in particular, Andy Knox, did not cry, but was sorely disappointed when he found out James wasn’t going to be playing on Wednesday night. Knox learned of the news via text message as he was already en route to the arena. In an interview with Indy Star, Knox expressed his displeasure, saying:

“I got the text, and I was like ‘Oh my God. I wanted to turn around. We paid pretty good money for these tickets.”

“Devastating, man. Drove three hours. Came from Chicago, man. I was going to cross that off my bucket list. Get to see LeBron. But that’s not happening tonight.”

Dominique Grant, Knox’s girlfriend, had purchased the tickets as a gift, paying roughly $150 per ticket in hopes of watching James play in person on “Sweetest Day” with her significant other.

The couple debated on selling their tickets, but once they learned that their value had plummeted as a result of James sitting out, they decided against it.

Knox, wearing a navy blue James jersey, told Indy Star that money wasn’t that important. He just wanted to watch The King play. Knox’s sentiments were certainly shared by many other fans that missed the opportunity to watch James play that night.

Another patron outside of the arena, Jan Hamilton, was furious when she heard the news about James resting, telling Indy Star:

“What do you mean he’s not playing? That’s the only reason I’m here! Oh well. Hopefully he’s sitting on the bench so I can yell at him.”

It’s safe to say these fans were less than pleased. James and the defending champion Cavaliers will return to Bankers Life Fieldhouse on February 8th for the first night of a back-to-back set (at Pacers on 2/8, at Thunder on 2/9). Let’s hope these disgruntled NBA fans have another chance at catching The King in action.