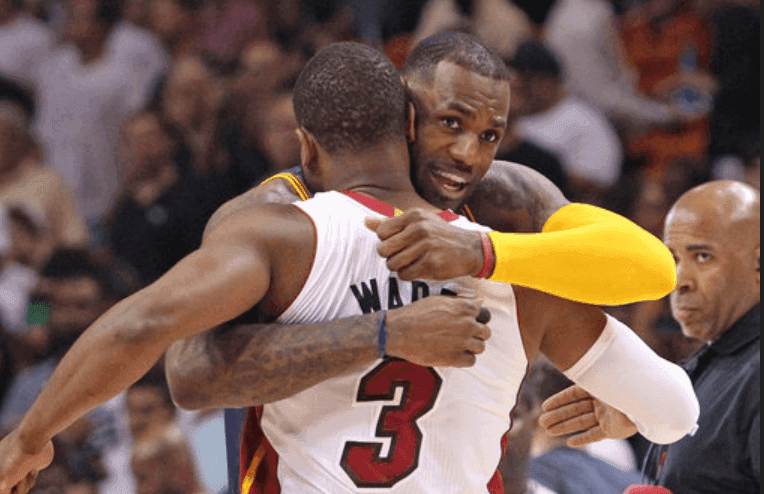 The Cleveland Cavaliers come home tonight to take on an Eastern Conference rival who many are expecting to face in the playoffs this season: the Miami Heat.

Earlier this week, Dwyane Wade said that the Heat are coming for the Cavs this season as they were the top team in the East and they’re the bar that every team should want to meet.

On Friday afternoon, James was asked about Wade’s comments and responded.

“I mean, that’s what everybody’s objective is,” James said. “We’re the reigning Eastern Conference champions and everyone wants to beat us, I guess, represent the East in the Finals.

“We feel the same way, we want to beat ourselves. We haven’t done anything, personally. It’s a new season. We feel like all 15 teams in the East have a chance. Our mind frame is the same as everybody else’s.”

LeBron James was also asked how it felt to go up against his old teammates after everythign they’ve been through.

“Its always special to go against your old teammates,” James said. “It’s always special seeing the guys I played with and the guys I made a championship run with, so that’s a special moment, but as far as the game itself, it’s two totally different teams that we both play on.”

James averaged 24.3 points, 5.8 rebounds, and 6.5 assists in all four games against Miami; each time won both games at home. Tonight, the Cavs will look to continue their home-court success against Miami in the home opener.