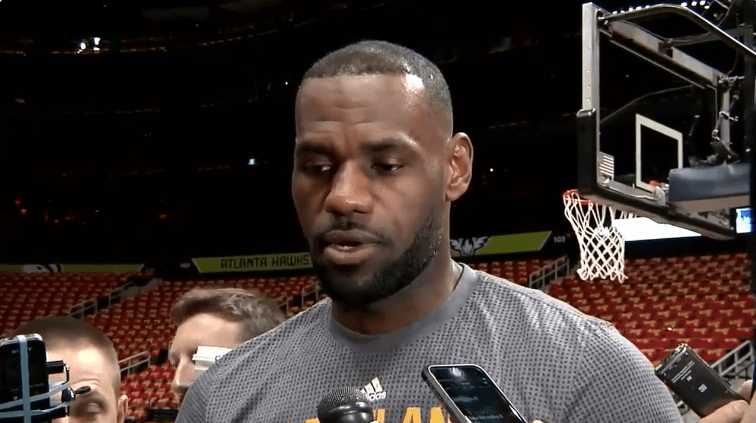 For better or worse, Charles Barkley, NBA legend and current analyst for TNT, is known for letting his personal opinions fly from the hip. This time, he had some words for LeBron James on live television.

Recently, a lot has been made of James’ comments about the current status of the defending champion Cleveland Cavaliers. James’ comments came in a post-loss locker room on Monday night in The Big Easy.

We’re not better than last year, from a personnel standpoint,” James told reporters after Monday’s loss. “We’re a top-heavy team. I just hope we’re not satisfied as an organization.”

Some considered James’ words to be a shot at management. The King sent out a series of tweets on Tuesday to address his frustrated rant.

Cavs GM David Griffin chimed in with regards to the situation on Wednesday. ESPN’s Dave McMenamin has Griffin’s quote in his recent article.

Just after team practice on Friday, James basically squashed whatever drama was beginning to develop around this minor distraction. Joe Vardon of www.cleveland.com recants James’ quote in his recent article.

He’s the owner of the team. I’m one of the players on the team,” James said. “I think all 14 guys have a working relationship with our owner. It’s not about me and it’s not about him, so, it’s a non issue.”

During an airing of NBA on TNT on Thursday, members of the panel were asked what they thought of James’ comments. Ernie Johnson asked Barkley to fill in the blank, saying: “LeBron James’ comments were…”

Inappropriate, whiny. Uh, all of the above,” Barkley replied. “The Cleveland Cavaliers, they have given him (James) everything he wanted. They have the highest payroll in NBA history. He wanted J.R. Smith last summer, they paid him. He wanted Shumpert (Iman Shumpert) last summer. They brought in Kyle Korver…”

Last night, after Cleveland’s 124-116 win over the Brooklyn Nets inside Quicken Loans Arena, James was asked what he thought of Barkley’s on-air comments. The King, who had just dropped 31 points, 11 assists, and five rebounds on the reeling Nets, seemed to brush Barkley’s comments aside.

He has to do that. I mean, it’s good for the ratings,” James said with a calm but curious demeanor. “That makes no sense in the world. Ever since I picked up a basketball at age nine, I’ve competed every single time,” James said as he shook his head.

“You can never question that about me. But that’s Charles (Barkley). He’s the guy who has to sit on that panel and say things like that. But at the end of the day, that means absolutely nothing. I wasn’t even watching (TNT) last night.”