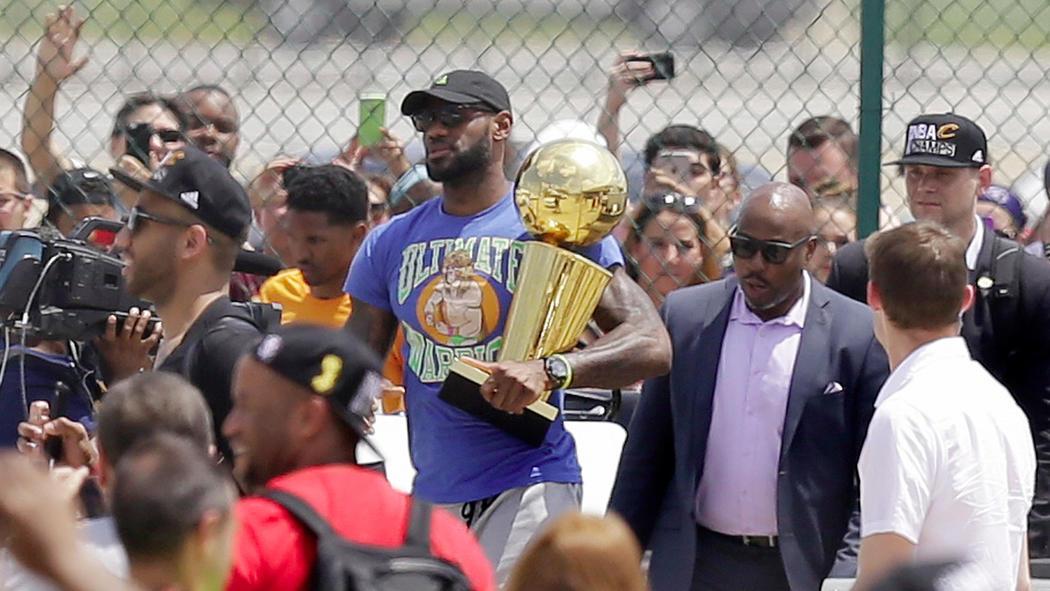 How does one take down a group warriors that have conquered the league like no other on their way to the final battle? It’s a tall order, but when you have the “Ultimate Warrior” on your side, it is possible.

RELATED: LeBron James says opportunity to play for Gregg Popovich would be great

As it turned out for the Cleveland Cavaliers, the warrior supreme had later revealed himself, wearing black and bleeding Wine and Gold, at the right time, dethroning the so-called people’s champion along the way.

So when LeBron James arrived in Cleveland after the team won the title, coming out of the Cavs’ plane wearing an Ultimate Warrior t-shirt, a lot of people took it as a subtle jab at their opponents.

But in James’ interview with Business Insider’s Alyson Shontell, the finals’ unanimous MVP cleared things out by sharing the reason why he ended up wearing that shirt.

Well, it’s funny because my wife bought [it earlier]. She asked me who my favorite wrestlers of all time were, and I told her Sting, “Stone Cold” Steve Austin, Ultimate Warrior, The Undertaker, and Ric Flair. Those are some of my favorite guys ever from growing up.

So, one day I get home from practice, and there are these T-shirts laying in my bedroom, and my wife purchased them from a store. I packed them all throughout the playoffs. And the shirt that I had on to come home in, I wore in Vegas, and my teammates sprayed me with Champagne. It got soaking wet, so I had to throw it in the trash, and the only other shirt I had in my bag was my Ultimate Warrior T-shirt.

For some reasons, what James said sounded too convenient, similar to when someone woke up in the morning with a team in mind and announcing to the world some hours after that he’ll be taking his talents to that team’s locale.

Whether it was intentional or not, it was so subtle and light-hearted compared to the exchanges that happened during the heated finals series. It really doesn’t matter. The Cavaliers are the champions, and no small talk is going to take away the attention that the team deserves.