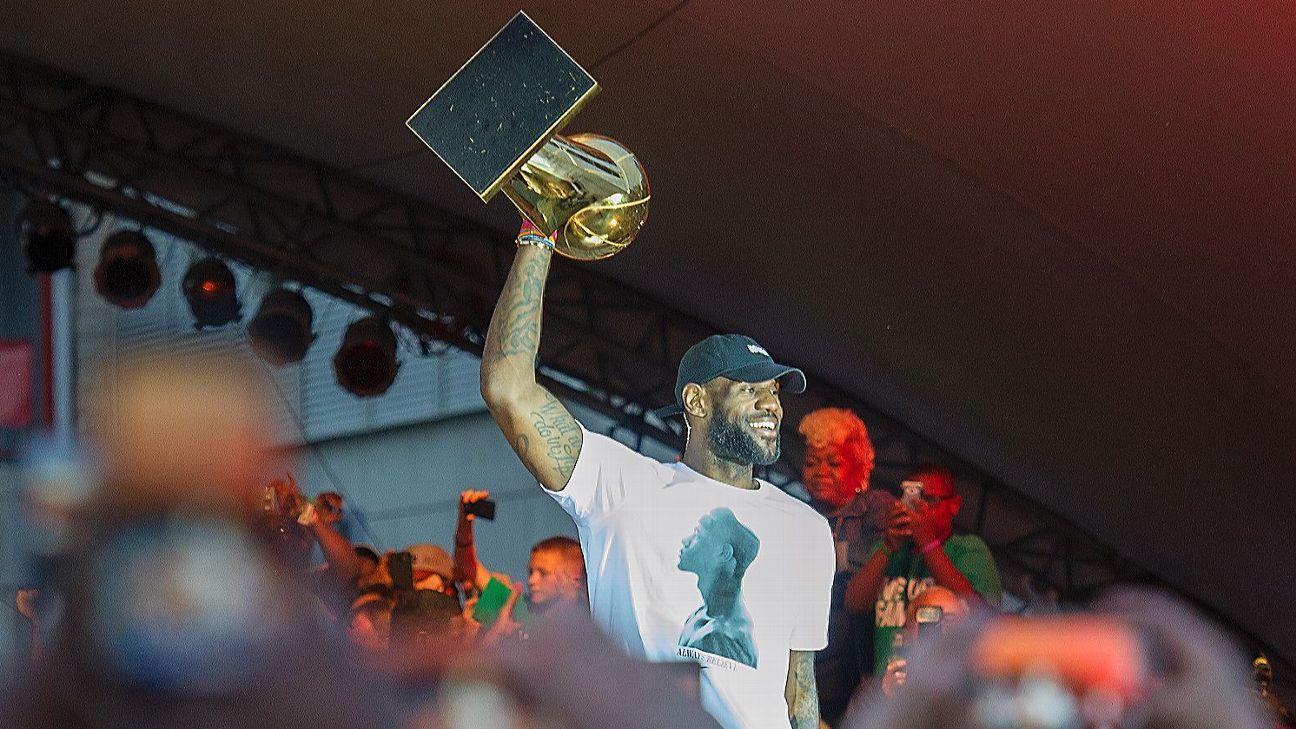 LeBron James returned to his hometown of Akron to celebrate the Cleveland Cavaliers’ successful title bid. He was greeted by thousands of fans as they went through every means possible in order to catch a glimpse of one of their own.

It was a very special moment for the James family and the city’s Mayor, Dan Horrigan, went further by bestowing this year’s unanimous Finals MVP a gift that is unlike anything that he has received in his illustrious career so far, per a report by Stephanie Warsmith and Rick Armon of the Akron Beacon Journal.

Akron Mayor Dan Horrigan wanted to give LeBron James a special present Thursday to show how much the city appreciates his contributions to the community.

The problem is James, the homegrown NBA superstar who delivered Northeast Ohio’s first major sports championship in 52 years this week, already has a key to the city, along with a ton of other toys that go along with being one of the richest professional athletes in the world.

So Horrigan bestowed an honor that only a city could — a street.

LeBron James has always been very vocal of his love and commitment to the city of Akron ever since he stepped into the NBA. His efforts in giving back transcended the basketball court as he’s immersed himself into numerous community activities.

It’s only fitting for James to get this kind of reverence from his home folks because the effort that he put out in bringing a title to the state of Ohio and doing it in a manner that hasn’t been done before, it certainly one for the books.