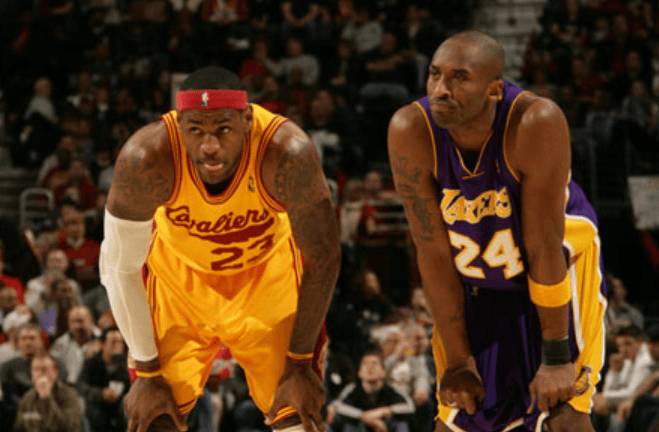 LeBron James and Kobe Bryant, two legends from our generation. And they could have been traded for one another. Well, at least the Lakers inquired about the possibility of it.

In Brian Windhorst’s report on ESPN that stated the Lakers wanted to trade Kobe Bryant for LeBron James, James acknowledged the rumor that the Lakers inquired about him, saying that he believes it.

“At that time, the Lakers had to do something. I was just losing faith in what they were trying to do. It was like I was a meal ticket,” Bryant told ESPN’s Baxter Holmes this week. “You come out and score 40, 50 points, fill the seats, we’re going to keep the payroll at a minimum, generate revenue. It’s like, look, listen, I am not with that, dude. I have to win without Shaq. I’ve got to do it. We’ve got to do something.” […]

According to multiple sources, as the Lakers went through their options, a call was placed to the Cavs. The intent of the call, sources said, was clear: Would the Cavs make James available in a potential deal for Bryant?

Those who worked in Cleveland’s front office remember it for one reason: It was the only time a team had ever called and made an offer for James. He was considered an ultimate untouchable. Frankly, until that time, so was Bryant. […]

“I believe it,” James told ESPN.com’s Dave McMenamin this week about the 2007 offer. “If you give up one big fish, you got to give a big fish too.”

The Cavs said that James, indeed, was untouchable, sources said. Then they attempted to make the Lakers a different offer for Bryant, offering anyone else on their team in a package for him. The Lakers had no interest.

For Bryant, who had a no-trade clause in his contract, the answer was simple.

“I never would’ve approved it. Never. The trade to go to Cleveland? Never,” Bryant told Holmes. “That wasn’t one of the teams that was on my list. It was Chicago, San Antonio [or] Phoenix.”

James understands that it’s a business, and at the time, the attempt to exchange a young superstar for a superstar in his prime with three rings is something the Lakers had to do. 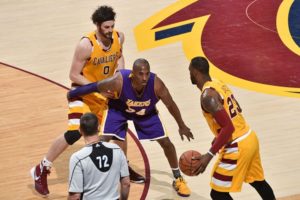