LeBron James reacts to the passing of Craig Sager 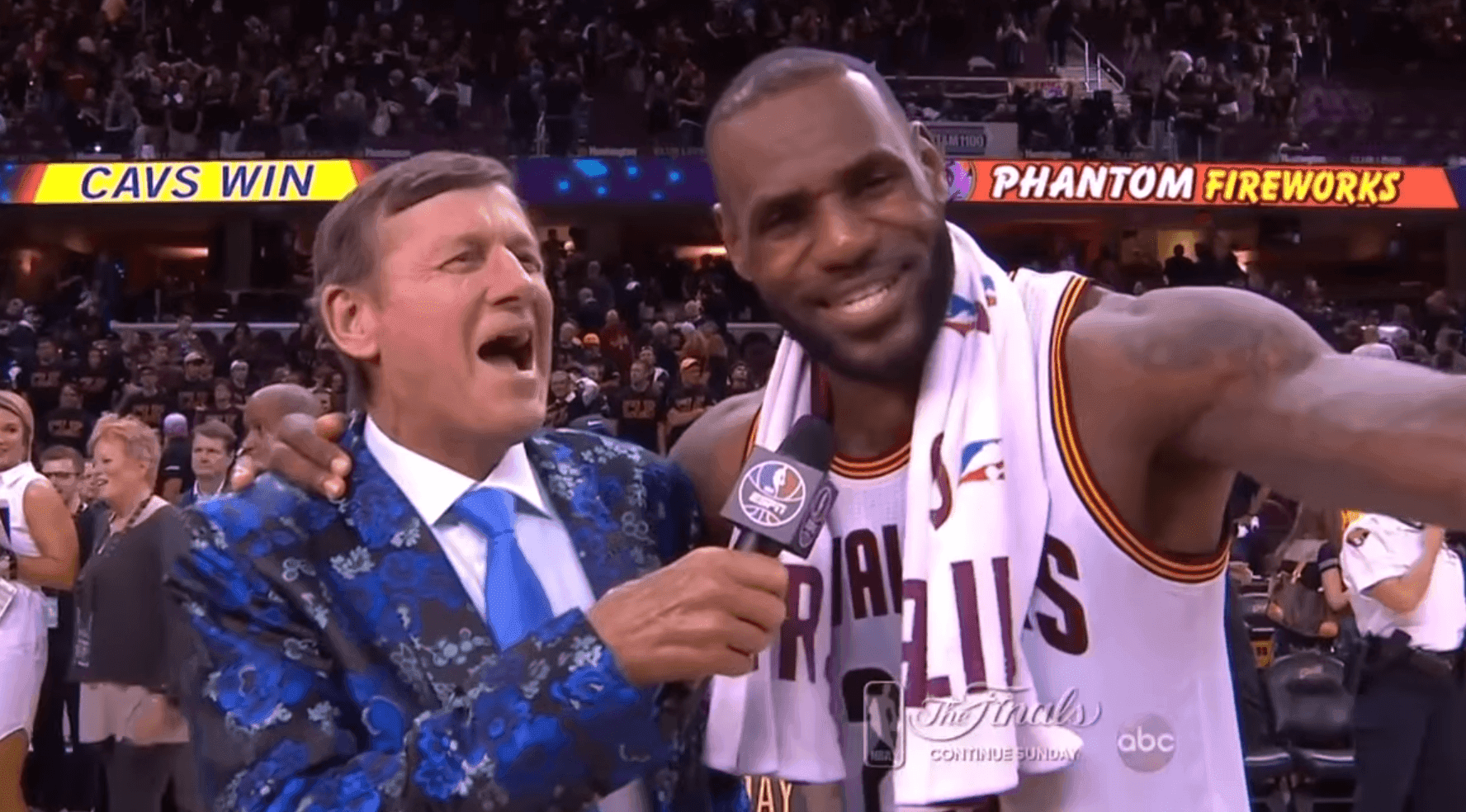 Craig Sager touched the hearts of many throughout his career as an NBA sideline reporter, and even more when he battled leukemia from 2014 until his passing earlier today.

LeBron James, who has been interviewed countless times by the colorfully dressed reporter, took to Instagram and delivered a heartfelt goodbye message to Sager and his family.

RIP friend!!! Great to have work with you, known you and watch you for all these years. My blessing to your family and many prayers sent to the heavens above! #SagerStrong