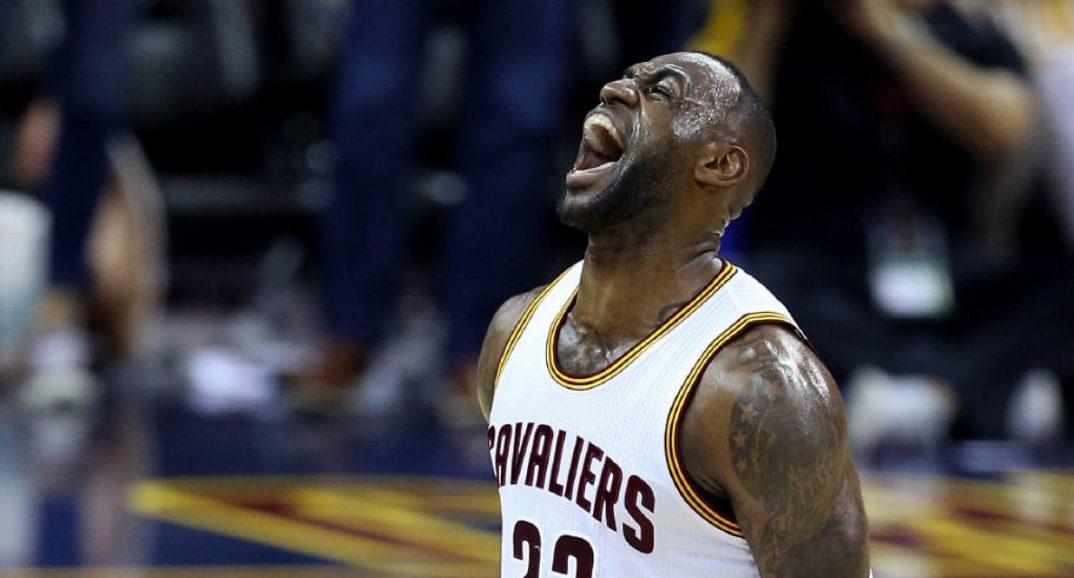 Over the past couple of days, Sports Illustrated has been rating the top 100 players in the NBA right now, and so far, four Cavaliers cracked the 100-11 rankings. J.R. Smith, Tristan Thompson, Kevin Love, and Kyrie Irving were all included from the Cavaliers roster, and many were wondering just where SI would rank LeBron James.

Well, SI ranked LeBron James the best player in the NBA right now and Ben Golliver of Sports Illustrated explained in detail why James absolutely earned the number one spot ahead of Stephen Curry, Chris Paul, and Kevin Durant.

Although LeBron James tops our list for the fourth straight time, it must be noted that a new king was nearly crowned. But just as his Heat narrowly staved off the Spurs in the 2013 Finals, James held on to the No. 1 spot thanks to a postseason run that went beyond brilliant and a Finals performance that went beyond historic.

For years, SI’s guiding mantra for the top spot of this list has been, “Make the new guy earn it.” As recently as June, and certainly in April, it seemed like Stephen Curry had done just that by supplanting James from the top spot of the Player Efficiency Rating tables, by pulling in more All-Star votes, by claiming his second straight MVP (this time in unanimous fashion), by winning 73 games, and by establishing himself as a revolutionary anomaly with his record-setting three-point shooting. James (25.3 PPG, 7.4 RPG, 6.8 APG, 1.4 SPG) might be the more conventionally complete player, SI’s thinking went at the time, but Curry’s breakthrough rendered conventions irrelevant. Curry, it seemed, had snatched the baton from James a few years before he was ready to hand it off.

Then, over three breathtaking weeks in June, James snatched it all back. Yes, he had help: Curry was less than 100% healthy, Draymond Green did him a huge solid midway through the Finals, Klay Thompson and Marreese Speights made the mistake of poking the bear, and Kyrie Irving came up huge when it mattered most.

As the decades pass, those details will be slowly forgotten by history. What will endure is James’s supremacy, expressed through his focus, his will, his athleticism, his intelligence, his indefatigability, his instincts, his gamesmanship, his leadership, and his resolve. Facing 2–0 and 3–1 deficits, James took his all-around game to the highest point of his career, lapping the competition in every meaningful statistical category and carrying a cursed city to its first championship in 52 years. His play during the 2015 Finals had been the extraordinary act of a man fighting an unwinnable battle to the bitter end. One year later, his play in the 2016 Finals was the extraordinary act of a man winning an unwinnable battle, and it will be remembered forever as his masterpiece.

James dotted the Cavaliers’ comeback with enduring moments that strengthened his case as the top talent in basketball. He emphatically blocked Curry’s shot and then sneered at his rival. He magically pulled his “broken” three-pointer out of his hat, draining four threes in Game 5 and three in Game 6. And then he produced the single most memorable highlight of his career, racing from beyond half-court to smash an Andre Iguodala lay-up off the glass and silence the Oracle crowd in Game 7. After that final stretch of three games—when James went for 41 points back-to-back and then closed out the title with a triple-double—this year’s debate was over. (Last year: No. 1)

LeBron James continued his dominance over the rest of the NBA by once again displaying who the best player is in this past year’s NBA Finals. James was ranked number one, ahead of Stephen Curry at second, Kevin Durant at third, and Chris Paul at fourth.