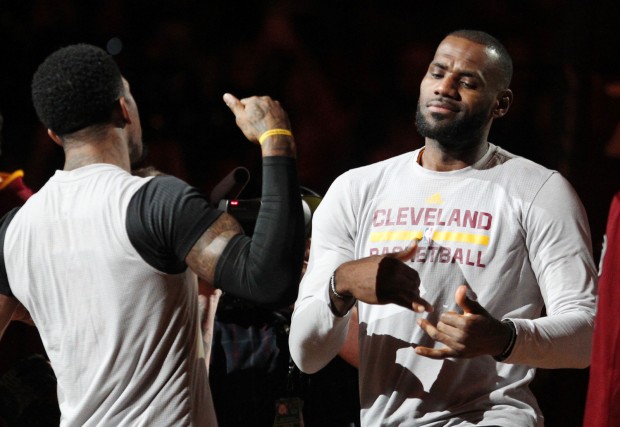 For those J.Cole fans out there, LeBron James‘ Sunday morning tweets would have made complete sense. For those that don’t know Cole’s lyrics well, those couple of tweets may have seemed somewhat cryptic.

These lyrics specifically get into what will be a question for the rest of our lives. Who is the better player, LeBron James or Michael Jordan?

But, you'll never play like LeBron vs. Jordan
Twenty years, wonder who they gone say was more importan'
Both changed the game………

, came through and made a lane
Who's to say who's greater, all we know, they ain't the same.

A little bit of pre-game fun for James turned into a productive night. LeBron James scored 12 of his team-high 28 points in the fourth quarter to lead the Cavs to their Eastern Conference best 28-8 record.

If listening to some J.Cole prior to the game will spur on game winning performances from the King, go and Cole on, ‘Bron.