LeBron James Puts On A Show In Manila 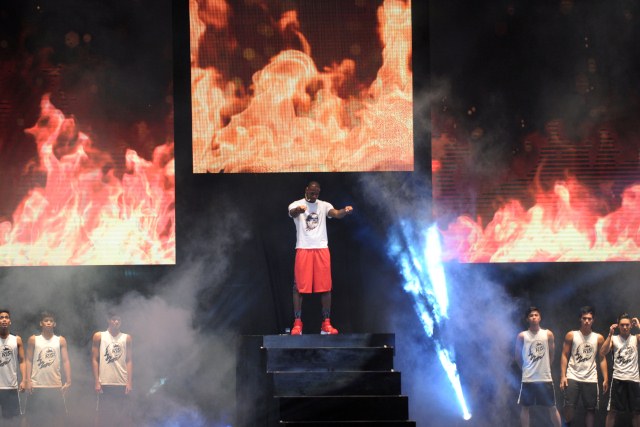 LeBron James was enough reason for people to brave traffic and rain as the four-time NBA Most Valuable Player and two-time champion warmed up on his dunking skills when he graced a Nike event in Manila to the delight of a 10,000-strong crowd.

James started the night with a fiery entrance which instantly drew a large roar across the arena.

The night featured an exhibition game between a select group of professional and amateur players as all eyes were trained on James, who sat courtside, waiting for him to play. Fans chanted on James to step on the floor for majority of the game and when he signaled in for a substitution on the final five-minute mark, everyone knew they were in for a treat.

As expected, every dunk from LeBron James was a surreal moment for his fans from this part of the globe:

James surely knows how to put on a show and he just made over 10,000 pairs of eyes light up one too many times on that one night of action.