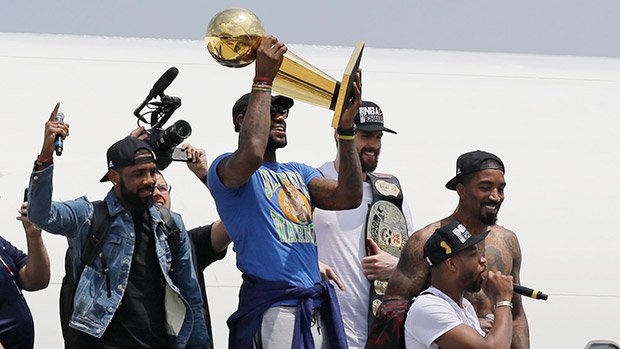 On the receiving end of a 3-1 series score, the Cleveland Cavaliers needed three wins to win the title. They clawed their way to a tight Game 7, and in the final minutes, the Cavs, courtesy of their Big Three, came up with a triumvirate of enormous plays that catapulted them to NBA Finals legend status.

The Block. The Dagger. The Stop. These three plays are now immortalized as they made possible the biggest comeback in finals history.

In a report by Jeff Zillgitt for USA Today Sports, LeBron James, filled with pride, harped about the Cavaliers’ Big Three and their part in the team’s title conquest.

“That’s what the Big 3 came together for – that moment right there.”

Plain and simple, but it speaks volumes.

Interestingly, the individuals behind those moments were all criticized at some point in the season for habits that weren’t consistent with the requirement in doing those three big plays.

LeBron James was called out for getting left behind on defense a number of times for different reasons, Kyrie Irving was lambasted for his “hero ball” mentality, and Kevin Love was condemned for his woeful defense.

But they all came together and pulled through against the best regular season team in league history that boasted a back-to-back reigning MVP, a prolific and versatile cast, and a raucous crowd.

With a ring to boot, Cleveland’s Big Three is now as legitimate as ever, and they’ve only just begun. 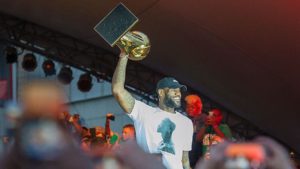 JUST IN: LeBron James Receives A Gift Like No Other From His Hometown Of Akron
Related TopicsCleveland CavaliersKevin LoveKyrie IrvingLeBron James