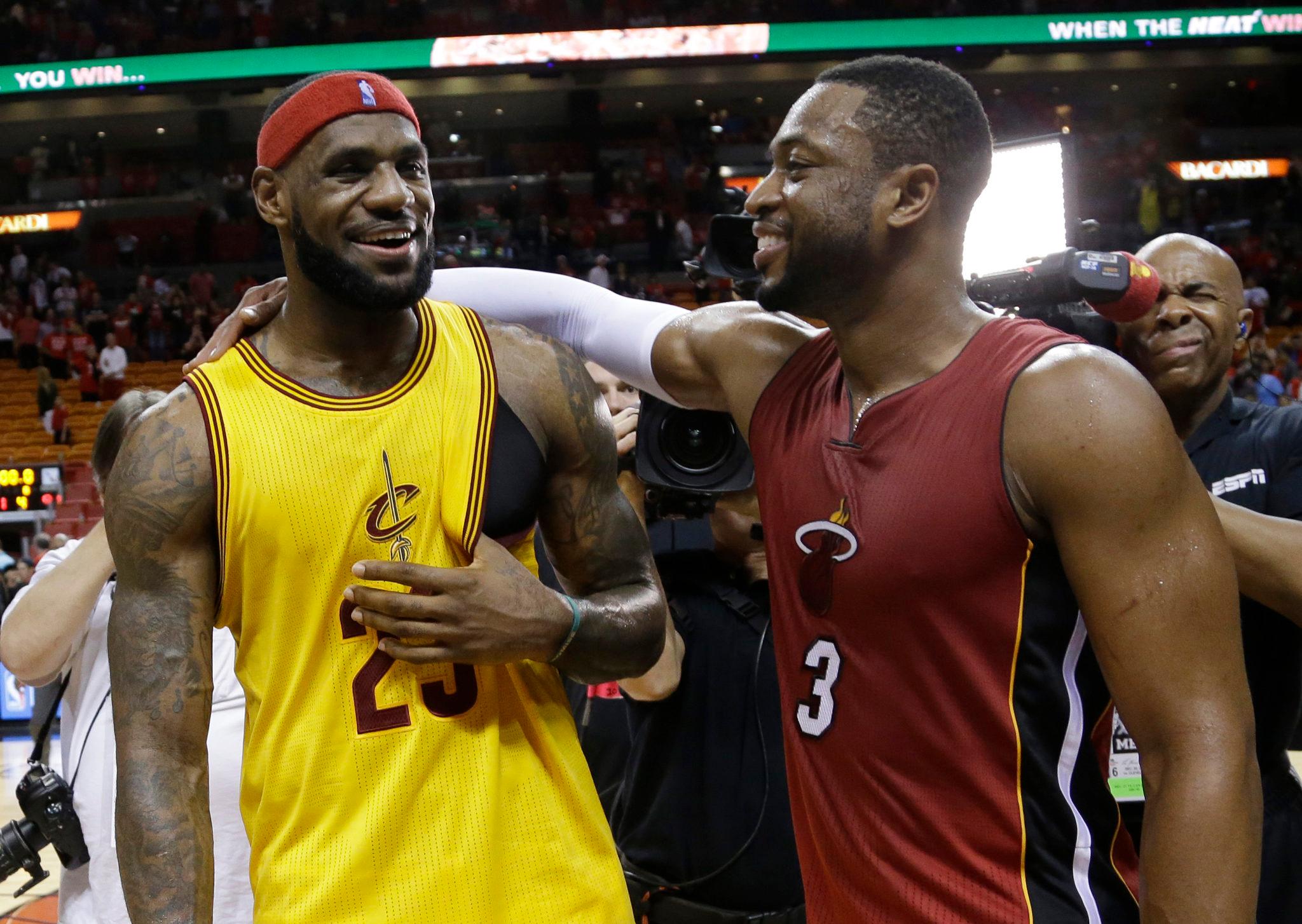 We mentioned it in last night’s postgame report, but LeBron James did something pretty cool after the game.

In the locker room, James and teammates were watching the Miami Heat take on the Portland Trailblazers. With the game knotted at 104, Miami had the ball with about 34 seconds on the game clock. Miami needed a bucket and it was clear Dwyane Wade was going to take the shot unless a better opportunity presented itself. James, who was teammates with Wade for the past four years and best friends even longer, called out what Wade would do. LeBron said Wade would drive middle and step-back for the jumpshot. Take a look at what Wade ended up doing:

James was right on the money! But you don’t have to take our word for it. Jason Lloyd of the Akron Beacon Journal and Brian Windhorst of ESPN were there to see it firsthand:

With the playoffs and a potential Cavs-Heat series looming, the Cavs will want anything LeBron, James Jones, and Mike Miller can tell them on how to play, defend, and go at Wade.