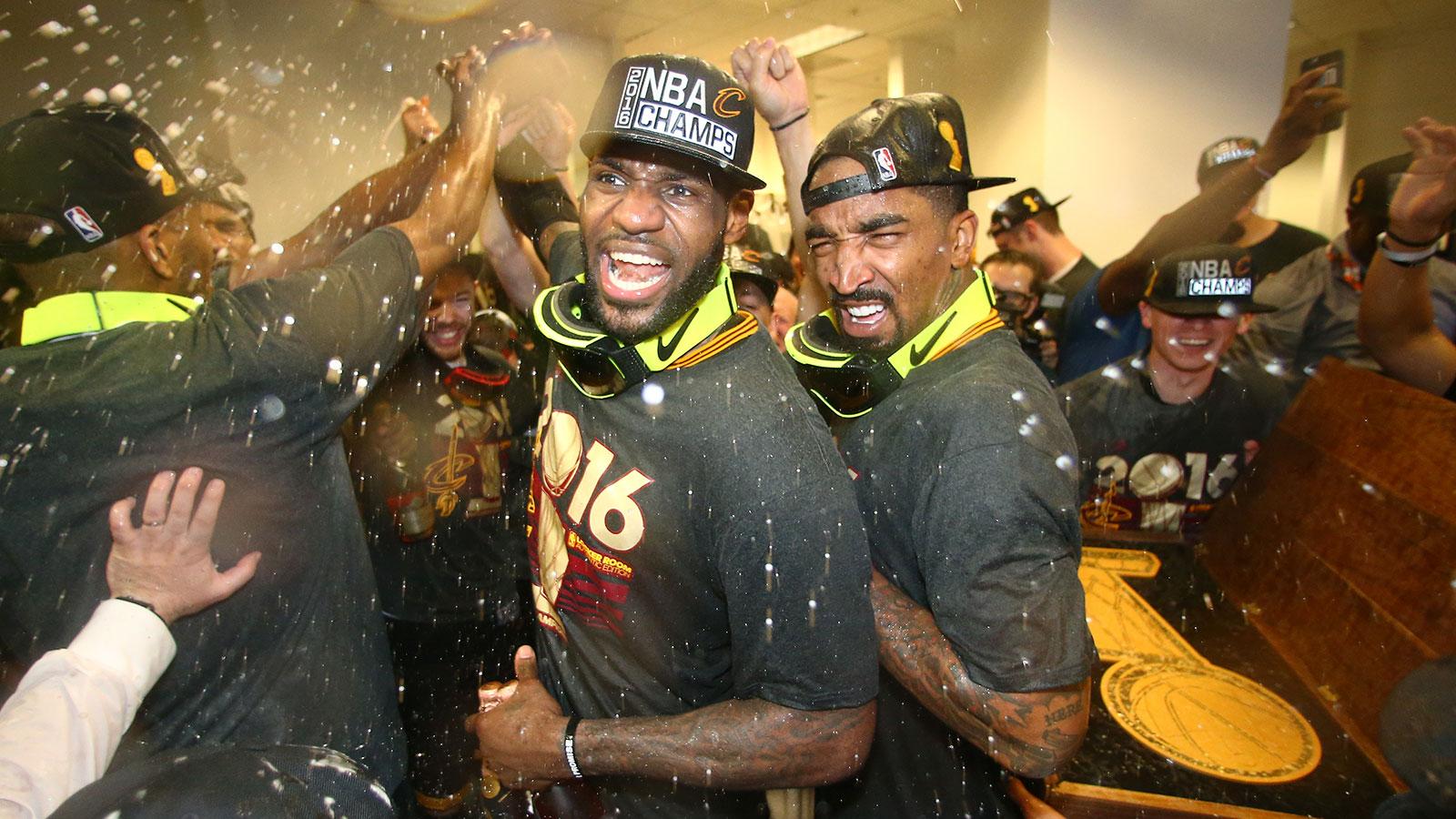 J.R. Smith has come a long way over the last year and a half. Originally a throw-in when traded to the Cavs along with Iman Shumpert back in January of 2015, Smith has taken a turn for the better in his career and his life, moving on from the distracts of New York city to focus on family, the brotherhood, and basketball.

A year-and-a-half later, Smith is atop the basketball world as an NBA Champion and has found a home where both the fans and the team sincerely want him.

NBA Champion J.R. Smith (make sure you don’t forget) celebrated his 31st birthday on Friday, and LeBron James posted a photo of those two on Instagram with a heartfelt message to Smith. He also made it very clear that despite the contract situation, Smith is not going anywhere.

Happy Bday to my brother @teamswish!! Not a day goes by and I don't think of you kid! Proud of the man you've become over the years. Since day 1 when you were coming to Akron when u were still in HS to work with me I've always believed in you. Quite frankly more than u believed in yourself at times and I've never wavered cause i knew what you were all about. Loyal, caring, driven, misunderstood, passionate, trustworthy, etc etc etc. Most importantly TRUE!! Enjoy your day to the fullest and know i can't wait to get back to work on that court with u as my wing backcourt mate!! Let's go. #Automatic #Worrkkkk #Swisher #RocketLauncher #Champion