LeBron James on playing in front of Oscar Robertson 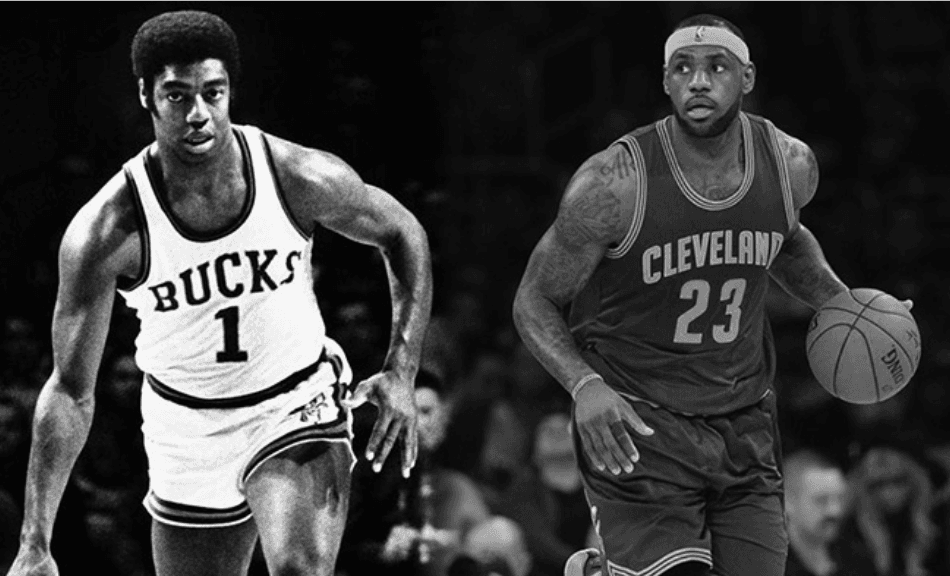 Amongst legendary basketball players, Oscar Robertson may be one of the greatest. Players with Robertson’s extraordinary gifts in both scoring and facilitating may never be seen again. His titles of “The Big O” and “The Triple-double Machine” are well-known throughout the family of past and present NBA players – and for good reason.

Robertson once averaged a triple-double for an entire season and is currently the NBA’s all-time leader in that department with 181 to his credit. Basically, the man was a walking triple-double.

On Tuesday night, Cleveland’s defending NBA champion Cavaliers suited up to face the Toronto Raptors inside Quicken Loans Arena. Robertson was in attendance for Cleveland’s gritty (121-117) win over the Raptors. In fact, his presence seemed to elevate LeBron James’ game to a new level.

With Robertson watching near court-side, James fell just one rebound shy of a triple-double with 28 points on 10-15 from the field, 14 assists, and nine rebounds, in 38 minutes.

An appreciative and humbled James spoke to reporters in a post-win locker room with regards to Robertson’s visit to the Q, saying:

“I saw him during our warm-ups and I always got to go pay my respect when he’s in the building, him or Jim (Brown).”

James even added (in the video below) that he wishes he could’ve finished the night off with a triple-double in front of the triple-double king.

Cleveland is off to a great start this season, no doubt. With their win over the Raptors, the Cavaliers moved to 9-1 and have tied their best start through ten games in franchise history (1976-77).

Will the Cavs continue their march through the record books? With a win tonight against the Indiana Pacers, they’ll have the best start in franchise history.