LeBron James Out Tonight vs. Indiana With Back Soreness 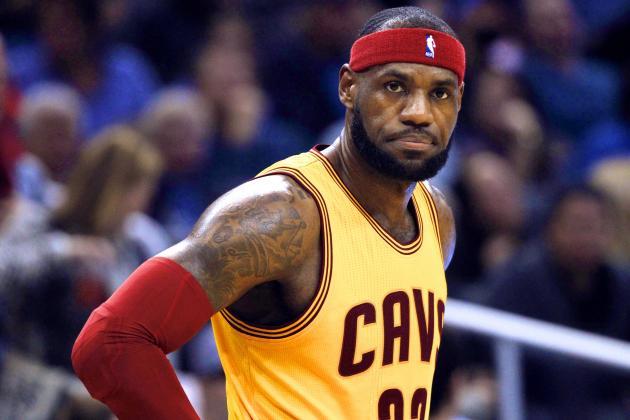 Add one more player to the list of players not suiting up tonight against the Indiana Pacers.

LeBron James will sit out tonight’s game with back soreness, according to Ethan Skolnick of Bleacher Report. It will be his 11th missed game of the season, by far the highest amount he’s missed in an NBA regular season. He didn’t intend on sitting, but here’s who convinced him to take the night off:

LeBron James out tonight due to back soreness

David Blatt on sitting LeBron: "It was not his idea, it was mine."

David Blatt reiterates that he had to "force the issue" to convince LeBron to sit. "Just forward thinking on my part."

With LeBron sore after last night’s 42 point barrage, perhaps the best option is to have him sit out the night against a struggling Pacers team. Besides, a larger task looms Sunday afternoon when the Cavs visit Houston to take on James Harden and the Rockets. Harden has been one of the leading contenders for the MVP award with his spectacular play this season, so James’ energy might better be served on that game instead of tonight’s.