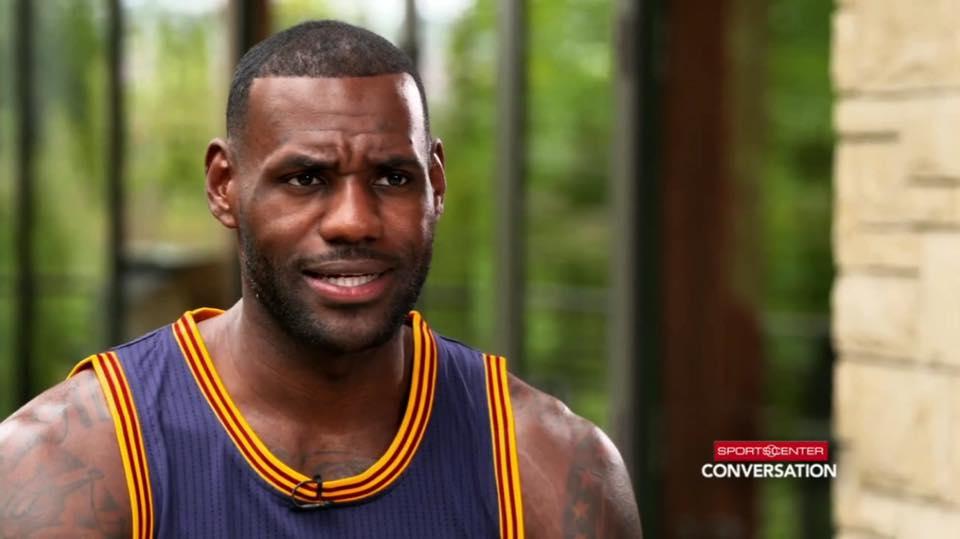 LeBron had his first interview since the NBA Finals yesterday during the Cleveland Cavaliers Media Day. He met with members of the media at the podium table to discuss all things Cavs, but after, he met up with ESPN’s Dave McMenamin to talk about the NBA Finals and what the Cavs need to succeed.

“We were unsuccessful first of all and we weren’t able to bring it home.”

“But we were against some odds and I hate the fact that two of my all stars weren’t able to play. It was unfortunate for us to not be at full strength on the biggest stage.”

When asked where it went wrong, James was pretty honest about what he thought was the issue:

“You can’t replace two all stars. There’s no team in NBA history that’s been able to win a championship without two all stars not playing. And I tried as much as I could and everyone else down from myself tried as hard as we could, but we were going up against a team that had more health and was clicking on all cylinders at the right team.”

“The Warriors didn’t cause me to get nightmares, losing did. No matter what opponent it is, losing haunts me because I don’t like to lose. It was a simple fact of just not being victorious.”

James also talked about what they’re going to look forward to this season and what has to be done in order to get over the hump that is winning an NBA Championship.

“Our whole thing is health, LeBron replied when asked what issues he thought would concern the Cavs this season. I think once we all get on the floor, we’re all healthy, and we’re ready to go. then the chemistry will be able to click. if we all have the same mindframe and the same goal at hand.”