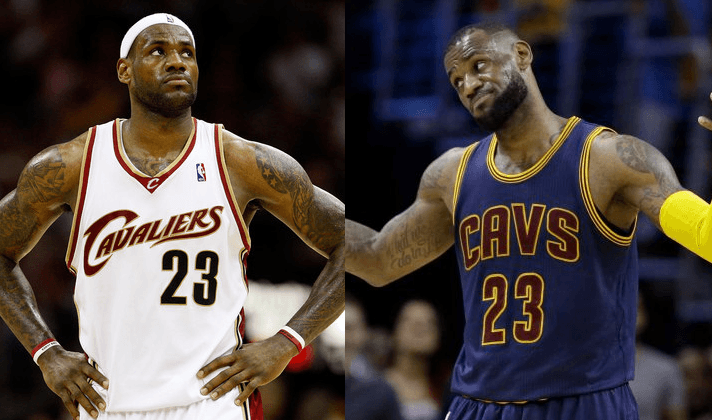 That’s the motto the Cleveland Cavaliers have gone by this season and throughout the 2015 NBA Playoffs.

Cavs forward LeBron James has gone 11 years in the NBA rocking his team-colored headband in every single game. There were rare exceptions with a game against the Detroit Pistons in his rookie year and in Game 6 of the NBA Finals when he finished the fourth quarter and overtime without it.

This season, James had his first headband-less game against the Dallas Mavericks back on March 10. Everyone thought it was simply one of those games, but James hasn’t put the headband back on since.

LeBron kept his reasoning for playing without the headband to himself, not really giving much of an answer. Recently, however, Chris Haynes of NEOMG was able to get an answer our of LeBron as to why he doesn’t wear it anymore.

“I did it because I just wanted to look like my teammates,” James said. “Just wanted to be one. Nothing more than that.”

LeBron is not the only one who is All In. According to Chris Haynes, members of the Cavs’ staff have signed their names on the four corners of the basketball court at Quicken Loans Arena as a way of signifying that, they too, are “All In.”

“I think it’s beautiful because for the Cavaliers in Cleveland, it’s something that we feel that everybody can be a part of and we really, really want to involve people,” said head coach David Blatt.