LeBron James: ‘Only two people can score on me — Shaq in his prime and Jesus Christ’ 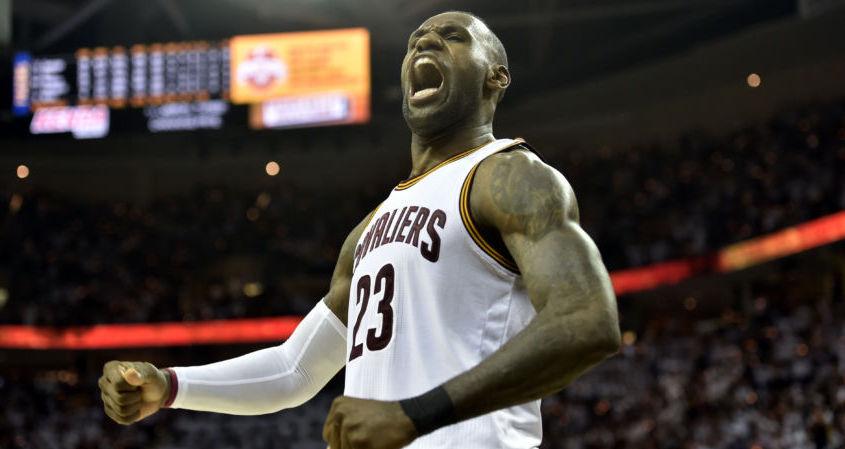 Cleveland Cavaliers superstar LeBron James is widely-considered to be one of the best basketball players in the history of the NBA. Over the course of his illustrious 14-year career in the association, James has racked up an extremely long list of awards and accolades, including three championships, 13 All-Star nods, 11 First Team All-NBA selections, and four MVP awards.

With the 2016-17 season in the books and the offseason on the horizon, James decided to join his teammates, Channing Frye and Richard Jefferson, for a wide-ranging discussion on their “Road Trippin’ with R.J. and Channing” podcast. Near the end of the show, Allie Clifton, who serves as moderator for the podcast, asked James if Frye has ever scored on him in the post. In his response, James jokingly claimed that there are only two people who can score on him in that position.

(2/2) LeBron w/the line of the podcast: “Only two people who can score on me in the post: Shaquille O’Neal in his prime, and Jesus Christ.”

Before anyone gets offended, remember that these guys were just having a little fun. Although the season didn’t end as planned for the Cavs, it’s nice to see them in good spirits.