LeBron James On Who He’d Vote For MVP: “Myself” 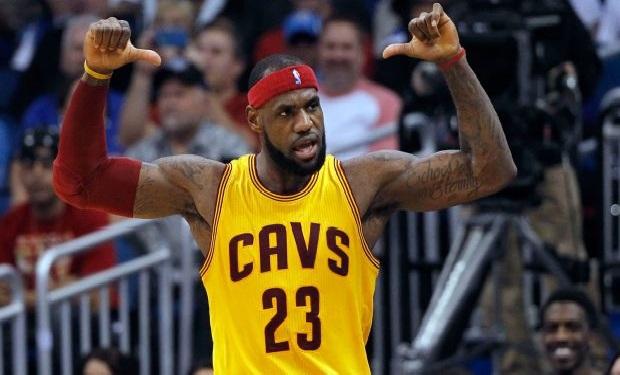 On Wednesday, the NBPA (National Basketball Players Association) started its own annual awards that will be voted on by the players. The voting will be anonymous, but but the players will ultimately decide on awards they feel they should get a vote in.

“Guys are going to be able to recognize the guys they play against every night and what they do for their franchises,” LeBron James, who recently was elected as vice president of the union, said Wednesday. “It’s a conversation we can have at a later date,” James said. “The media has done a great job every single year picking the awards. But us players get to see the guys every single day, so it’s a longer conversation.”

“I think media gets too much power to vote on stuff, quite frankly, that you don’t know a lot about, as much as we [players] know about it. We play against these guys every single night, we battle against these guys, we know what they say on the court, we know how they handle their teammates, we know how they approach the game. Our vote should count. Our opinions should count. I don’t think you guys know as much as we do and I don’t know why you have more power than we do.”

Durant has a great point, but there’s probably a reason why players don’t get to vote. Earlier in the season, Stephen Curry said he would vote himself of Klay Thompson MVP. When asked who James believes should be this year’s MVP, he was pretty straightforward about his answer.