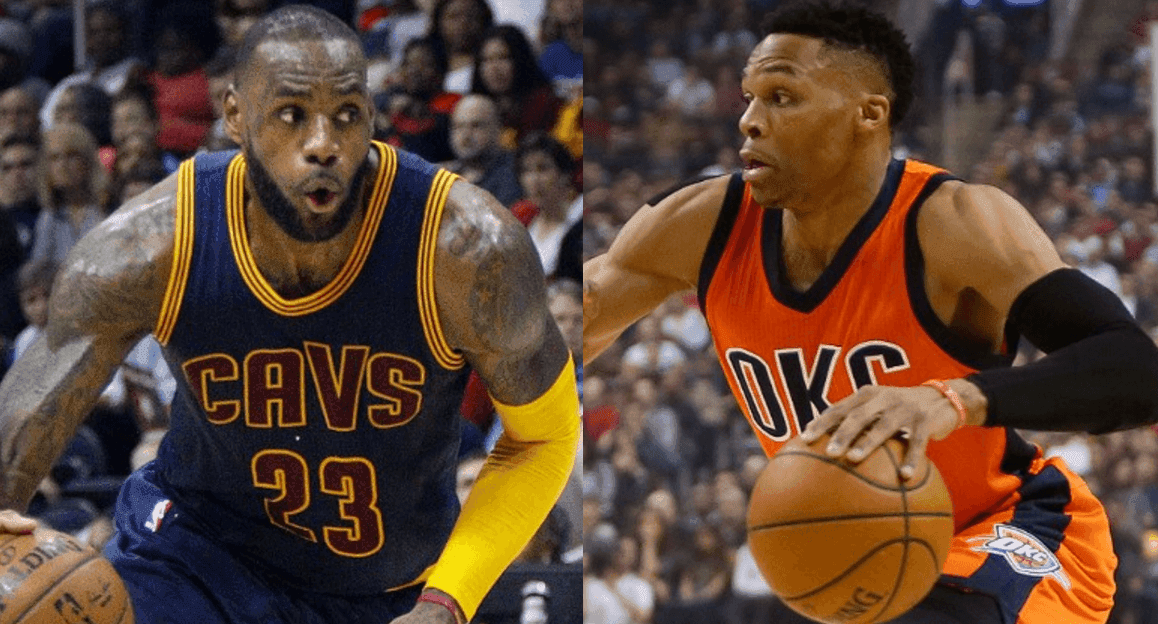 Russell Westbrook, the gifted Oklahoma City Thunder point guard, is one of the most dangerous ball-handlers in the NBA. His on-court vision and tenacious mindset on the defensive end of the floor make him a tough mark for any opposing team.

Cleveland Cavaliers forward LeBron James, who is currently averaging 23.9 points, 9.1 assists, and 7.6 rebounds per game, has recorded quite a few triple-double’s this season as well. On Wednesday, reporters asked James if he thinks averaging a triple-double for an entire season is possible for himself or Westbrook. James had high praise for Westbrook in his response, saying:

Westbrook could do it. He’s capable of doing it. He’s showing it. He’s like The Energizer Bunny. He just doesn’t get tired. And when you have that passion for the game as well, it’s very doable.”

You know, the game has definitely changed a little bit. It’s almost feeling like the game is back in the 80’s. You know, when teams were putting up 145 (points) and 135, more possessions, and more shot attempts. They weren’t shooting as many three’s, but it was a lot of possessions. So, with that being said, you know, with his athleticism, him being able to go get those rebounds…he handles the ball for the majority of the game for OKC, so he’s going to get the assists. So, for him, it’s very doable.”

Could someone possibly average a season-long triple-double? If Westbrook can sustain this level of play throughout the entire season, he may indeed have a shot at it.