LeBron James On Game 5, Looks Ahead To Game 6 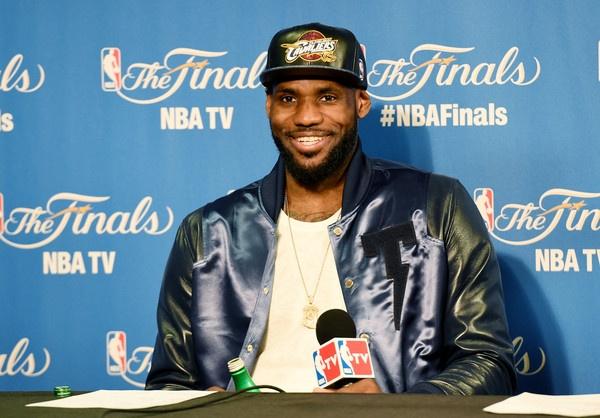 The Cleveland Cavaliers got run out of the building during the fourth quarter of Game 5 of the NBA Finals. LeBron James did the best he could trying to run the show for the Cavs, but it wasn’t enough down the stretch and the Warriors used a late fourth quarter run to outplay Cleveland and take a 3-2 series lead.

After the game, James had a few interesting things to say after the game, starting with the rebounding battles regardless of the lineups the Warriors are using.

In a series that the Cavs clearly should be controlling the rebounding game, Golden State has put up quite the fight. In Game 5, the Warriors outrebounded the Cavs 43-37, an area that they don’t usually get outworked. It might be because Timofey Mozgov only played nine minutes tonight which came at the start of the game.

Now with their backs against the walls and facing elimination for the first time this postseason, the Cavs will try to win Game 6 at home to force the final game of this NBA season in Game 7.

“We’re going home with a Game 6, and we’ve got enough to win it. We protect home we come here. We’ll worry about Tuesday first. But if we protect home like we’re capable of doing, we force a Game 7.”

The highlight of the postgame press conference, however, came when LeBron James was asked whether confidence in the team had been in issue when trying to lead the guys. He responded with a pretty basic answer:

“No. No, I feel confident because I’m the best player in the world. It’s that simple.”

“When you’re true to the game, it doesn’t matter if it’s a regular season game or a Finals game, you just go out and trust what you put into the game and you live with the results. So shouldn’t be crazy when I make threes, though. It’s just a shot.”

LeBron and the Cavs will be back home on Tuesday for Game 6 starting at 9 PM EST on ABC.