LeBron James On Cavs Trade For J.R. Smith: “I’ll Take Care Of Him” 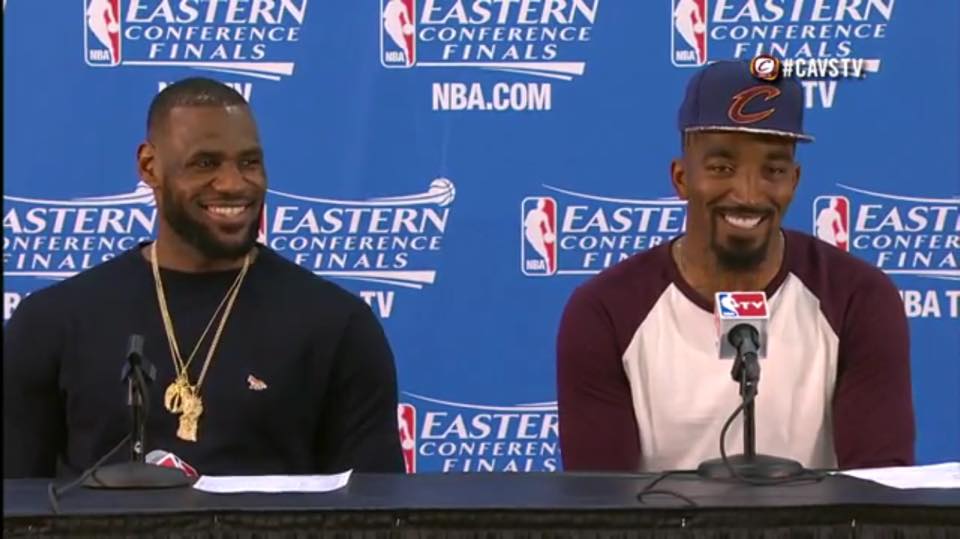 J.R. Smith played 24 games with the New York Knicks this season and missed 10 games in December with a heel injury. Smith scored in double figures just 10 times of those 24 games, meaning 41.6% of his games were double figure scoring games. At 10.9 points, 2.4 rebounds, and 3.4 assists, the former sixth-man was clearly struggling with New York.

So they traded him, along with Iman Shumpert, who was constantly hampered by injuries, to the Cleveland Cavaliers. Smith became an immediate starter, and scored in double figures 29 out of the 46 games he played, which is a way higher percentage at 63%.

“It’s an extremely fun system to play,” said Smith after Game 1 of the Eastern Conference Finals. “I get a lot of open shots, so it’s easy for me to get into a rhythm. Once I start shooting, whether I make or miss, everyone tells me to keep shooting. So it’s a great situation.”

Good thing he kept shooting, because J.R. Smith barely missed from outside on Wednesday night, knocking down 8-of-12 from downtown. He finished with a playoff career high eight made threes and 28 total points on a night when Irving re-aggravated his knee injury had played just nine second half minutes.

What seems now like a no-brainer in terms of making the trade for Smith and Shumpert, wasn’t always the case. When they first acquired Smith in January, there was uncertainty among the Cavs whether they would keep him in their quest for a championship. Since winning the sixth-man award back in the 2011-12 season, Smith’s overall production has regressed while he was involved more and more in off-the-court issues.

LeBron James was one advocate of bringing J.R. in despite the concerns of the organization.

After the terrific Game 1 by Smith, LeBron spoke out about the history between himself and Smith, and how it goes back to before the NBA. “Me and JR’s history goes back long before we came into the NBA. Before we came into the NBA, he came into my hometown, we worked out multiple days, multiple times. For me as a leader of a team, we always just want to try to give someone an opportunity. With the talent this guy presents, I knew the man he was and I didn’t care what everybody else thought about him. Obviously, our front office, they have the last say-so. When they made it and said they were going to do it, I was definitely all for it. I felt like for me, we were getting a great piece not only on the floor, but off the floor as well because I knew him before he even got to this point.”

Ultimately, Smith said he plays well to show people that he wasn’t a troublesome player who didn’t take basketball seriously.

“It’s a great [gratifying] situation for me. It’s more for my mom. She’s probably my biggest fan. All those negative things that are being said and stuff like that, me personally, I really don’t care. But for her to see her hurt and to see her go through those situations to feel the way she feels, it’s a terrible feeling because I know I’m putting her in those situations. If anything, this is for her. 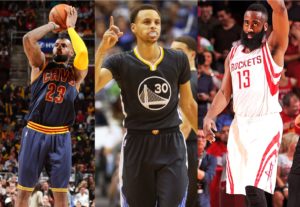